Real Estate Marketing & Beyond
Home » Housing » US Real Estate » Georgia Shoots To Number One In Foreclosures Nationwide In May
Double-click to edit button text.
X

Georgia Shoots To Number One In Foreclosures Nationwide In May

Georgia, a state that has long held a spot in the top ten for foreclosure activity, has now hit a new record level of foreclosure filings for May of 2012. The state has worked it's way up from number eight back in 2010, number five in 2011, number three earlier this year, and now, it has exclusive bragging rights for the number one spot after displacing several previous contenders including Nevada, Arizona, Florida and California. 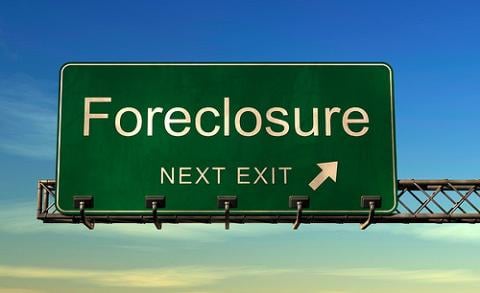 Obviously this is not a statistic that is going to have Georgians celebrating in the streets, but it will result in more of them being "on the street".

Plagued by stubborn unemployment that has crept back up to almost 9% in May, Georgia was heavily dependent on the construction sector which tanked along with the housing market. This led to the loss of tens of thousands of jobs. This then set up a vicious cycle of foreclosures for workers who were connected to the housing market. A wide variety of small businesses from gutters to heating and air to furniture stores have suffered major cutbacks or gone out of business.

County governments and school systems have been forced to reduce staffing and cut back on some services due to the corresponding loss of property tax revenue. The housing market and employment have been very interdependent in Georgia.

Compounding the problem to some extent is the decision made by Governor Nathan Deal to divert Georgia's $99 million dollar share of the foreclosure fraud bank settlement. Instead of using the funds for the original purpose - foreclosure mitigation, the state government has decided to use the funds to help attract new industries to the state. While this idea has merit, the job losses associated with higher unemployment and more foreclosures is easily outpacing the efforts to attract new jobs.

According to real estate data service Realty Trac, Georgia had one foreclosure filing for every 300 homes in the state. Fulton County, where the city of Atlanta is located, had 1,609 filings in May, Gwinnett County had 1,481, Dekalb had 1,303 and Cobb County had 850. In more normal times, the average was around 1700 foreclosure filings for the entire 10 county inner metro area. Today the filings are roughly 400% higher.

Douglas County had the highest foreclosure rate in the state and the entire nation in May, with 1 foreclosure filing for every 122 homes. In fact, for those who regularly view the foreclosure heat map of Georgia, you'll probably notice that the map is beginning to show more and more counties with increasing foreclosure rates. The foreclosure problem, and I'd suppose the employment problems, are clearly spreading like a flu epidemic.

Since Georgia is also a "non-judicial" state, it is relatively quick and easy to foreclose. No court hearing is required. It is possible to foreclose in as little as 4 weeks.