Memphis and the Mid-South are known for an abundance of ghosts and ghost stories. You don't have to believe in ghosts to be entertained by the stories. These short summaries of some of the most famous stories but are not intended to be conveyed as facts, rather as the legends they are.

The Orpheum Theatre is one of Memphis' most beloved and historic landmarks. It is also said to be home to what may be the most famous ghost in Memphis. The Orpheum was originally built in 1880 but burned in 1923. It was rebuilt in 1928. The ghost of a little girl named Mary is said to haunt the theater. Some people say she died in the fire (although no one was reported to have been killed). Others say she was killed near the theater on Beale Street.

Mary is said to not be a spiteful ghost but rather very shy. She has a favorite seat during performances and enjoys it when the organ is played. 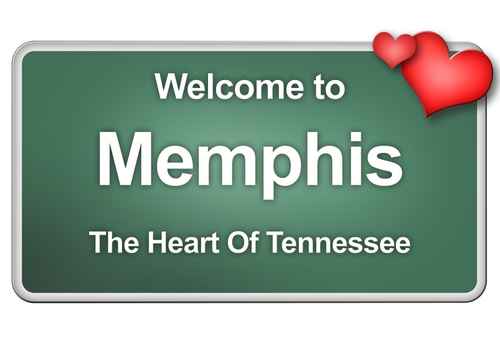 The Lake at Overton is said to be haunted by a woman in her mid thirties wearing a long light blue dress. At night she is reported to be seen walking around the south end of the lake. With an out stretched hand, she asks for help. However, when approached she disappears. It is said she is the ghost of a woman in a blue dress that was raped and stabbed in the 1960s.

The Ornamental Metal Museum is on the grounds of an old army hospital. It was also the center of the yellow fever epidemic. Thousands died here. Many different ghosts and paranormal occurrences are said happen in the morgue and doctor's residence.

Voodoo Village can be found on Mary Angela Road in southwest Memphis. It is home to St. Paul's Spiritual Temple and surrounded by a huge iron fence. Legend suggests that something other than just church services are going on here. Legend has it that sacrificial offerings have occurred, that black magic has been observed, and the walking dead have been seen. Voodoo Village is one of the ripest spots in Memphis for supernatural activity.

The Salem Presbyterian Cemetery in Atoka is believed by many to be haunted by ghosts of Native Americans and slaves. Bodies of these people were dumped into a mass grave in one section of the cemetery. Today, a single grave marker designates the grave area. People say they have encountered ghosts here and these spirits are angry and malicious.

Fire Church is a place where you see nothing day or night when you walk up to the entrance. However, when you drive by at night, flames can be seen coming from a back window. The flames cannot be seen during the day. It is thought this place is haunted by an evil spirit.

The Hospital, located on Lamar, was once a Baptist hospital but was converted to a veterans' hospital. Folklore has it that people that died on the operating table haunt the building. Personal accounts and pictures tell this story. The morgue in the basement is called the most haunted place in Memphis.

These are only a few examples of the spirits said to haunt Memphis and the Mid-South. In fact, if you want to explore more, there are several organized ghost-hunting tours available.