Home sales cool off in California

According to the California Association of Realtors, on the heels of a hotter than usual summer of homes sales, California's housing market cooled in August 2015, but still posted higher year over year sales pace for the seventh straight month. 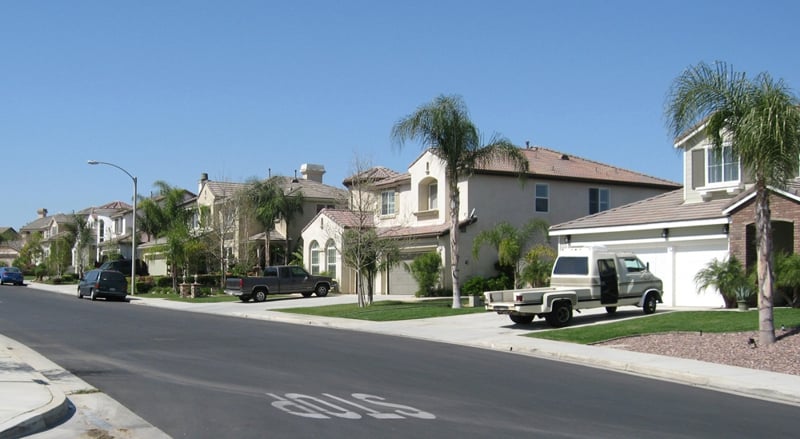 Home sales remained above the 400,000 mark in August for the fifth consecutive month and rose to the highest level since October 2012. Closed escrow sales of existing, single-family detached homes in California totaled a seasonally adjusted annualized rate of 431,800 units in August, according to information collected by C.A.R. The statewide sales figure represents what would be the total number of homes sold during 2015 if sales maintained the August pace throughout the year. It is adjusted to account for seasonal factors that typically influence home sales.

"Home prices are finally increasing at a healthier pace, and the smallest year-over-year statewide median price gain in nearly three and a half years suggests that home prices are stabilizing," said C.A.R. President Chris Kutzkey. "Supply constraints in the Bay Area will continue to fuel appreciation for the rest of the year, but the upward pressure in price will be counterbalanced by sales increases in more affordable areas such as the Central Valley and the Inland Empire."

The median price of an existing, single-family detached California home edged up 1 percent in August to $493,420 from a revised $488,470 in July. August's median price was 2.5 percent higher than the revised $481,240 recorded in August 2014. The median sales price is the point at which half of homes sold for more and half sold for less; it is influenced by the types of homes selling as well as a general change in values.

"While California housing indicators remain strong for now, the anticipation of higher mortgage rates and reduced affordability, coupled with global instability and stock market volatility may create an environment of uncertainty that could impact the current momentum in the market," said C.A.R. Vice President and Chief Economist Leslie Appleton-Young. "We're on track to post stronger than expected home sales for 2015, with the last quarter moderating but still solid. Strong sales in the Central Valley and Inland Empire markets should help to propel statewide sales higher, thanks to better affordability and greater housing supply, while sales soften in the Bay Area." 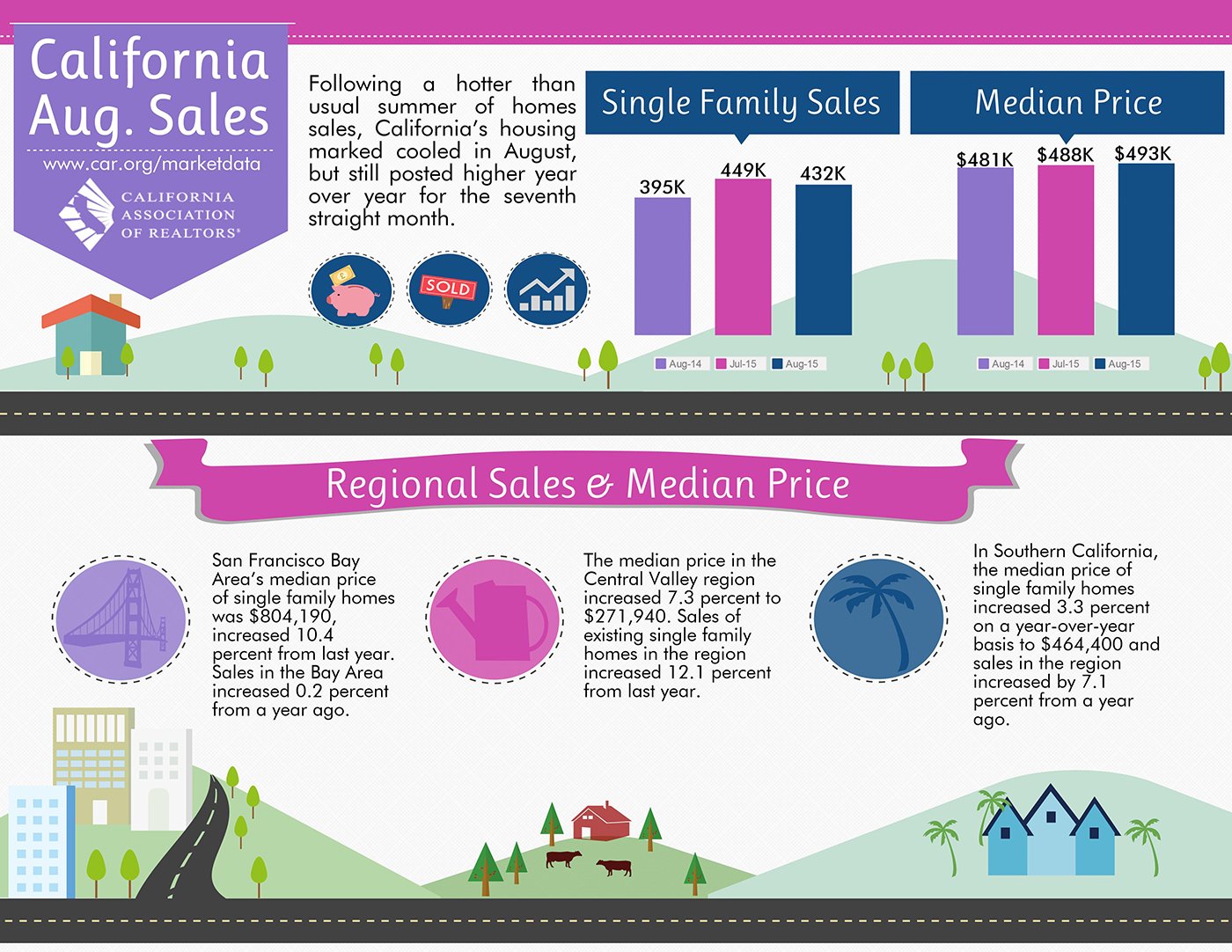 Other Highlights from C.A.R. include:

2. The August Unsold Inventory Index ticked up to 3.6 months from July's 3.3 months but was down from 4 months in August 2014. The index indicates the number of months needed to sell the supply of homes on the market at the current sales rate. A six- to seven-month supply is considered typical in a normal market.

4. According to C.A.R.'s newest housing market indicator which measures the sales-to-list price ratio*, properties are again generally selling below the list price, except in the San Francisco Bay Area, where a lack of homes for sale is pushing sales prices higher than original asking prices. The statewide measure suggests that homes are selling at a median of 98.8 percent of the list price, up slightly from 98.3 percent at the same time last year. The Bay Area is the only region where homes are selling above original list prices due to constrained supply with a ratio of 103.4 percent, up from 104 percent in July and 101.5 percent a year ago.

5. The average price per square foot** for an existing single-family home was $238 in August 2015, down from $241 in July and unchanged from $238 in August 2014. Price per square foot at the state level has been on an upward trend since early 2012, and has been rising on a year-over-year basis for 43 consecutive months. In recent months, however, the growth rate in price per square foot has slowed down to an average of 2.2 percent in the last three months, as home prices started leveling off. In the month of August, there was virtually no growth on a year-over-year basis.