By far, home mortgages remain the biggest share of American consumer debt at $8.854 trillion. However, total consumer debt is at $12.252 trillion. After homes mortgages, the largest debt owed by consumers is college loans at $1.261 trillion. Next comes car debt that stands at $1.071 trillion, followed by credit card debt at $712 billion.

None of these statistics are surprising although the total debt is making it difficult or impossible for younger people to qualify for first mortgages. And these debt totals continue to climb along with the delinquency rate for nonpayment. These numbers all come from Morningstar Credit Ratings LLC. 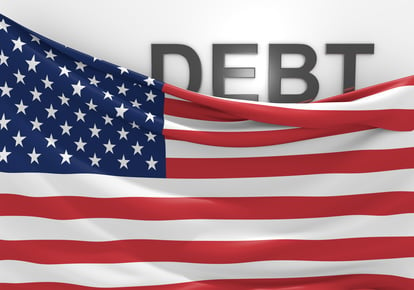 The State of U.S. Indebtedness

The low interest-rate environment over the past few years has attracted new borrowers who would not have previously been able to afford a larger monthly payment under a higher interest rate. However, while consumer debt continues to grow, the pace appears to be decelerating. Consumer-credit data published by the Federal Reserve for April shows that the pace of consumers adding to their outstanding debt has slowed, with the level of consumer credit increasing by a 4.5% seasonally adjusted annual rate, down from the previous month’s reading of 9.6%.

Student Loan Delinquencies on the Rise

Student loan delinquencies remain elevated. The most noticeable fact about consumer debt is the student-loan sector, which despite marginal improvement in the first quarter of 2016 and outside of a dip in the second half of 2011, has seen an increase in the percentage of delinquencies more than 90 days overdue since the crisis. While the rate for student loans more than 90 days past due declined to 11.0% in the first quarter, from 11.5% in the fourth quarter 2015, it has been rising since the end of 2011 when delinquencies were 8.5%.

In addition, student-loan delinquency rates are understated, as delinquencies have become more difficult to accurately assess in the face of deferment, forbearance, and income-driven repayment programs. Student-loan delinquency rates recorded by the Federal Reserve Bank of New York do not consider loan balances that are in deferment or forbearance. By including Direct and Federal Family Education loans in deferment because of unemployment or financial hardship and assuming all those deferments are more than 90 days past due, Morningstar Credit Ratings estimates that the rate of student loans more than 90 days past due could be two percentage points higher, at 13%. If we factor in loans in forbearance categorized as discretionary, the delinquency rate could jump to an estimated 17%.

All of this indebtedness makes it more difficult for people to qualify for a mortgage to buy the American dream of owning a home.