How Will China's Latest Economic Stimulus Drive US Home Sales?

As China again cuts its lending rates, how will this have a knock on
effect on U.S. home sales? The economic stimulus of 2008/2009 led to an
upturn in domestic purchases and in turn, prices. With the Government's
new restrictions on property purchases, will these force buyers to look
further afield? 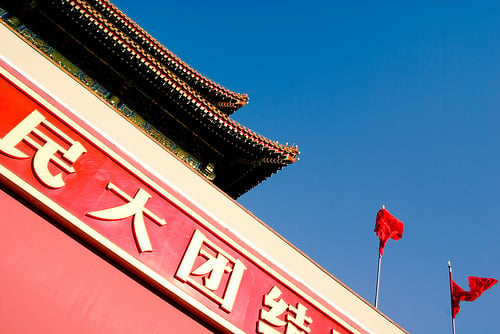 At the start of the month, the People's Bank of China yet again
reduced borrowing rates, this time by a third of a percentage point. To
further try to stimulate the ailing economy they also lowered rates for
those companies with good credit ratings by an extra three fifths of a
percentage point.

Many people are asking if this will have the same effect on house
purchases in the U.S. as it did domestically during the Government's
previous attempt to kick-start the economy. During this time most of the
money that banks were forced to lend to customers was used to fund house
purchases rather than to support growth in state-owned businesses and to
increase manufacturing output.

House prices during this period increased rapidly by 12% (China's
National Bureau of Statistics) and the Chinese Government is desperate
for this not to happen again. The Chinese Premier, Wen Jiabo, has
enforced measures to limit mortgage lending to ensure that money is
invested in other sectors instead. Restrictions now apply that limit
most residents to only one additional house purchase and require large
deposits to secure mortgages.

This abundance of red tape is making it much harder to buy and sell
property in the country and is pushing many wealthy Chinese residents to
place their investments elsewhere. As the country continues to create
new millionaires, they are looking for low risk ways to invest their
fortunes. Frustrated by a legal system that makes it highly restrictive
to purchase at home, this money is increasingly ending up in the hands
of U.S. homeowners.

This new economic stimulus should be good news for the ailing U.S.
real estate sector and in turn should benefit weary U.S. homeowners who
have suffered so much in recent years. As it becomes more restrictive to
invest in property at home, those that can afford it have started to
look further afield. With the rise in online property sales it has
become far easier for people to buy overseas. They can look at this
website for using an estate agent online and make the purchase without
ever seeing the property in real life.

The U.S. has long been a popular destination for those emigrating from
China and as the economic downturn hits the country hard, its lower
property prices are an attractive alternative for Chinese investments.
House purchases by Chinese buyers rose 24% in the 12 months to March
2011 to $7.4 billion, according to the National Association of Realtors.
They represent one of the fastest groups of foreign purchasers with only
the Canadians responsible for buying more homes. This property exodus
amongst the Chinese has also spread to the commercial sector with sales
in 2011 up to $1.7 billion, which is over four times the 2008 figure
(Real Capital Analytics).

Chinese buyers are cautious and want to avoid the boom and crash
culture that has hit other wealthy markets in recent years. They realise
that the U.S. market, with its current low prices, represents a good
investment opportunity. They are looking to make purchases at the high
end of the market and are injecting billions of dollars into the U.S.
economy at a time when it desperately needs a boost.

We will have to wait and see how deep this investment in the U.S.
housing market really is. However, as the Chinese Government shows no
sign of relenting on their new restrictions, it's inevitable that those
at the top of the Chinese property ladder will have to move elsewhere if
they want to invest their money in bricks and mortar.

Shannen Doherty is a business and economic writer and her articles can be
read at MyOnlineEstateAgent for using an estate agent online, as well as
other websites and blogs. Topics she specializes in include the global
property market, worldwide economies and government legislation.

Image courtesy by pichenettes via Flickr.com