Is Uncle Sam Helping The Housing Market, Or Merely Finishing It Off?

According to the May 2012 Issue of FHA Watch, Uncle Sam is now a totally dominant force in home mortgage financing, along with other major sectors of the U.S. economy. 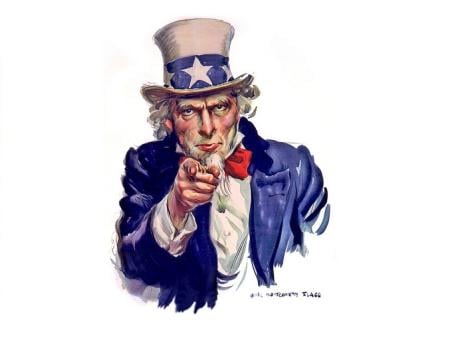 In 2011, the Government Mortgage Complex accounted for 88 percent of all first-mortgage originations in the United States, with the government also controlling an estimated 90 percent of the student loan market. The government’s growing dominance in the home mortgage and student loan categories is cause for concern, posing a threat to private investors, borrowers, and taxpayers."

Since the 2008 melt-down, government backed loans have become the dominant player in the housing market. This fact creates a much higher level of risk for the U.S. housing market going forward, as it becomes more and more dependent on government borrowing and public debt.

This is the mother of all moral hazard. It's doing much more of the same thing that got us into the housing bubble originally. Only this time, we're using government borrowing to fund the mortgage market, instead of private sector investment.

When the government pumps large amounts of money into lending for home mortgages, it's risking borrowed money, on higher-risk, "low down payment" loans. This in-turn tends to drive home prices higher by making money easier to borrow than it might be in the private sector. If prices begin to rise the tendency is to make more loans at higher and higher prices. After a few years you have a true bubble that is totally dependent on the ability of the government to continue funding it. The government either borrows more and more money, or it may choose to print more dollars. In either case, it's a model that destined to fail at some point.

Government funded mortgage lending costs borrowers a lot of extra money. In fact, given the low down payments involved, plus the fees added to the cost of these loans, borrowers are much more likely to end up "under water" or in default on these loans.

There are lots of important points that are made in the FHA Watch about the insolvency of FHA, with their government accounting schemes that would be illegal in the private sector. It's FHA Insurance that backs the vast majority of these mortgages.

FHA pays off on claims filed by lenders who have a mortgage loan that goes into foreclosure. When the lender files a claim for FHA insurance, it's the taxpayers who actually pay the claim. Since 2008, FHA's total delinquency rate has grown to almost 16%. That's compared to the historical pre-boom norm of about 3.5%.

This amounts to billions in potential future losses and new public sector risk, being created on a monthly basis. In short, we are propping up the housing market with money the government has mostly borrowed. This also diverts billions in funds that would otherwise be available for lending in the private sector.

In effect the government's attempts to prop-up the housing market could be our un-doing, because of the risk that's being taken on - financing high risk loans with borrowed funds.

The government expansion into mortgage lending has been dramatic. On January 1, 2008, government lending stood at 40% of all mortgages. Today it's 88% of all new mortgages. In just 5 years, private sector investment has been all but replaced with a government controlled mortgage market for the vast majority of potential home buyers.