Memphis, Shelby County, and surrounding counties have embarked on a 25-year plan to make the region green friendly. While a few projects are already under way, most remain in the planning stages. However, the U.S. Department of Housing and Urban Development recently granted $2.6 million for a two year planning and pre-implementation phase of the Mid-South Regional Greenprint and Sustainability Plan.

The Greenprint 2015/2040 Plan will coordinate the efforts of dozens of regional organizations to standardize and integrate a network of pedestrian paths, bike lanes, and bus routes planned to be built over the next 25 years across four counties. The plan involves 18 municipalities of which, 8 have already accepted Greenprint's resolution to cooperate to create and integrate the network. That's a significant accomplishment considering the Greenprint Plan was only formally released this February. That accomplishment has resulted in Greenprint being awarded the Excellence in Sustainability Award. 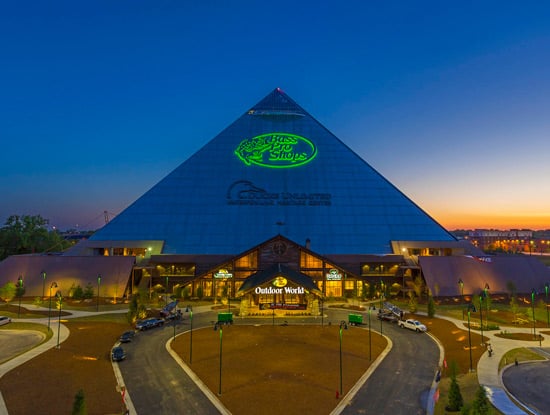 The standardized plan is expect to make permitting easier and also to make it much easier for individual groups to obtain grants and other funding to bring the entire project to reality. Current plans are for 500 miles of trail and 200 miles of bike paths.

Most projects are just entering the planning phase but some are in development and a few are complete. The completed projects are the YMCA of the Memphis and the Mid-South’s Healthy Convenience Store Initiative Plan. The Hampline-Tillman Street Green Lane project should be complete some time next year.

John Michels was brought in just this April to lead the full development and implementation of the plan. He and others on the leadership team are currently working out of the Memphis-Shelby County Office of Sustainability and the Greater Memphis Chamber.

Of course, funding the entire plan will be a challenge. The Greenprint Plan estimates each mile of the trails and bike lanes will average about $777,000 in costs. It's anticipated that multiple funding sources will include federal, state, local, and private funds. The leadership team is aware of significant funding sources that are already in place and can soon be tapped into.