Real Estate Marketing & Beyond
Home » Housing » US Real Estate » Memphis Real Estate » Beyond the Music Memphis has history like no other city
Double-click to edit button text.
X

Beyond the Music Memphis has history like no other city

The history of Memphis runs as deep as the Deep South itself. Most people are familiar with the music history of Memphis. Who doesn’t know something about Elvis, Graceland, and B.B. King? But that’s new history. As you journey back in time, you quickly realize how much the deeper Memphis history reveals about not only the Deep South but also American History.

Take one step back from B.B. King to discover that although he put the Memphis Blues on the map, he didn’t actually bring the blues to Memphis. W.C. Handy is credited as the first man to introduce the Blues to Memphis (and the world). How did that begin?... 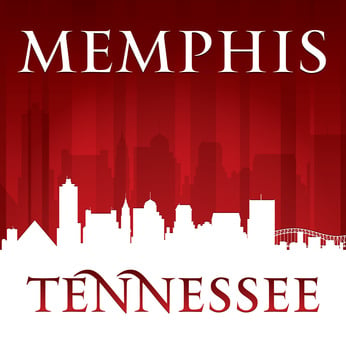 Beale Street has gone through many transitions since it was first established in 1841 (long before B.B. King or W.C. Handy came on the scene). It began as a white commercial street but in the 1920s it evolved into what was known as the Negro Main Street that eclipsed Harlem. It might surprise many that Beale Street was floundering until the city of Memphis requested that Thomas Peters open the flagship B.B. King’s Blues Club in 1991. Beale Street has now become the top tourist attraction in Memphis and Tennessee.

Back in Memphis History

Memphis is the most "Deep South" of all Tennessee cities. The French got there first. Founded on a bluff overlooking the Mississippi River, Memphis is just a few miles upstream from the Tennessee-Mississippi border. First platted in 1819, not far from where the French had earlier established Fort Prudhomme, Memphis was incorporated as a city in 1826.

During the Civil War, it was held by the Confederacy until the Battle of Memphis on June 6, 1862. For the remainder of the war it remained in Union hands. After the war, Memphis was underdeveloped due to repeated episodes of yellow fever. Particularly an 1870 outbreak that cost many lives. 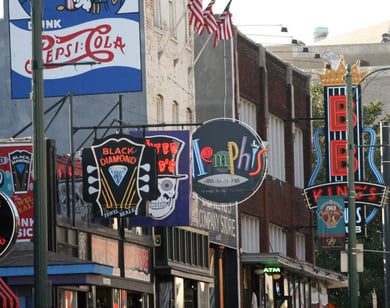 For a still young country, America has many stories that need to be told. Some of the best are preserved and well told at the Memphis National Civil Rights Museum. Memphis has long been a cross road of America. This includes a key port on the Mississippi River and a hub for shipping, music, food, and races. The Civil Rights Museum first opened in 1991 and is centered around the Lorraine Motel where Martin Luther King Jr. was shot and killed.

The museum underwent a major renovation and reopened in 2014. As a museum, it still contains the artifacts from years gone by but the renovation brought it into the 21st century with interactive and multimedia presentations. The historic story begins with the transatlantic slave trade. According to the museum, this was the largest forced migration in history. It lasted an unimaginable 366 years and transported 12 1/2 million Africans to the Americas. Back in that day, a male slave could be purchased for the value of two muskets.

The museum covers many civil rights stories. Both the well known and the not so well known. Among the well known are the Underground Railroad, Rosa Parks' refusal to give up her seat on a segregated bus, the Montgomery, Ala. bus boycott, the standoff in Selma, Ala., voter registration drives, and the black power salute made famous at the 1968 Olympics.

The less well known include:

There are many other important exhibits including the passage of the 1964 Civil Rights Act and a visitors march across the Edmond Pettus Bridge. Walk into a monumental-sized screen of film of the Bloody Sunday attack on peaceful protestors.