Memphis is a city of vision. One of those visions that is taking on life is improved economic performance. Job losses bottomed out late in 2010 and Memphis is now number 17 in the nation for job growth. The greater metropolitan area has seen consistent growth in gross domestic product over the last couple of years that has exceeded the national average. Some say that Memphis is on its way back to where it was before - in 2008. However, that's the same story for the nation and globally. At least Memphis is doing it faster than others. 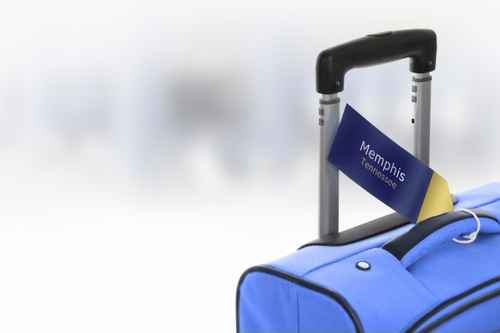 School Leaders With a Vision

One such aspiring school leader (LaSandra Young) recently made a presentation of her vision based on the slogan “Learning is not a period in life, but a way of life.” She and six other assistant principles made presentations on how they would turn around an imaginary high-needs school with a high drop out rate and disciplinary problems.

The program is called "New Leaders". Eight of 22 schools identified by the state as achieving improvements in student state tests involved assistant principles from the program. One of the visions of the program is to move these people into higher leadership positions as school principles after developing skills as "instructional leaders, talent managers, and culture builders.”

Memphis Has Many Visions

Various visions for Memphis stretch from improving schools to growing the vibrant arts community. Many art venues are thriving from the non-profit Hattiloo Theatre to the new addition to the Orpheum Theater and too many grass root programs to count.

There are multiple visions to keep Memphis green that range from Shelby Farms Park to Wolf River Conservatory to the Main to Main Project and many more.

Memphis is also becoming known as a start-up city with new businesses including Bass Pro Shops at The Pyramid, Overton Square, and Sears Crosstown. There is encouragement for more startups through development organizations such as Forge, StartCo, Seed Hatchery, Greater Memphis Accelerator Consortium, Crews Center for Entrepreneurship, EPIcenter, Bioworks Business Incubator, and more.

Perhaps Mayor Wharton's over arching vision that he spoke of when elected says it best. It refers to Memphis being a city of choice. A city of middle class families and home to young professionals. His vision calls for a city that attracts people wanting and having choices. The vision is also to create choices for those that don't have any. Like any city, Memphis has its share of poverty and the vision encompasses bring more choices to these people. That all begins with a better school system.