Memphis is About More Than Music

Memphis holds the world record for being the city around which the most song titles have been recorded. That tells you that people visiting and living in Memphis are intrigued with the city. As the Memphis Rock n’ Soul Museum tells it, there have been over 1,000 commercially recorded songs and over 800 distinct titles about Memphis. 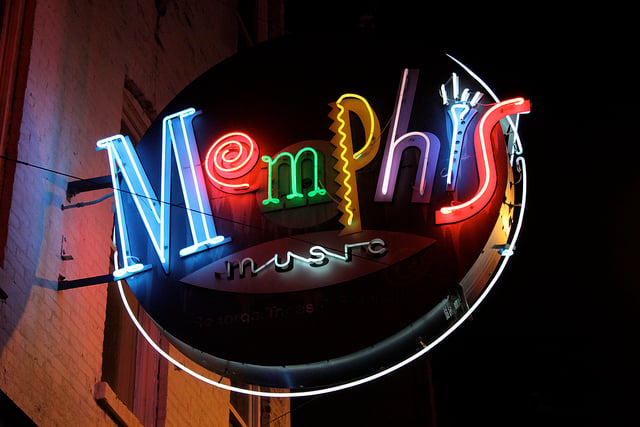 French explorers first build Fort Assumption in 1739 on the site that would eventually become the city of Memphis in 1819. Future U.S. President Andrew Jackson was among the founding fathers of the city.

There are many reasons the particular site was picked to establish Memphis. Among them is that it is located on the Mississippi River nearly mid point between the Ohio Valley and New Orleans. It wasn't long before it grew into a valuable river port and trading center.

It became home to every kind of peddler, fur trader, and men known as "river rats" that flocked to the city's saloons and hotels. In its early days, cotton merchants developed Cotton Row where the commodity known as "White Gold" was widely bought and sold.

Even while under a two-year Civil War siege, the city continued to thrive and grow. Memphis has always been a city that refuses to be held down. Fortunately, it was one of the few major southern cities that wasn't burned, shelled, or looted during the war.

Memphis did have its bad times. In the 1870s, it was struck twice with Yellow Fever outbreaks that killed more the 5,000 people. Half of the population fled, leaving crops to rot in the fields.

As the city approached the 20th century, it went bankrupt, lost its charter, and many in Tennessee suggested it be burned to the ground. Instead, the city sold bonds to raise money that was used to build a drainage system, improve sanitation, and finally pave the muddy streets.

In the early 1900s, the population surged well past the level it stood at following the yellow plague. It became a world leader in the hardwood market, helping lessen its dependence on the cotton market. At the time, the historic Beale street we know today was transformed from a street of cotton merchant mansions into a street of gambling houses, saloons, pool halls, and houses of ill repute. However, it was also at this time that that W. C. Handy popularized the music of the cotton field workers into what the world would come to know as soul music, gospel, and eventually the rock -n- roll that Elvis Presley would first record in Memphis some forty years later. That's exactly why Memphis has become known as both the "Home of the Blues" and the "Birthplace of Rock-n- Roll."

Memphis continues to prosper and grow. Today it boasts the largest regional medical facilities and is a world leading distribution center with thriving air, rail, highway, and river transportation systems connecting the four corners of the world.