Memphis has something for almost everyone and that includes bikers having multiple events each year. Coming soon is Biker Fest 2015 that begins July 22 on Beale Street. The Biker Fest is all about celebration as the Beale Street community extends their Memphis welcome to all comers. The “Beale to Bowl” begins at 8 pm as a parade in support of community representatives that in turn support the community efforts of the biker crowd. It's time to celebrate community work with a biker rally!

Featured at the Memphis Biker Fest

The entire event is packed with the great music you always expect from Memphis. The Biker Fest Concert Series kicks-off Thursday night with the Skeet Rodgers and the Inner City Blues Band. Headlining the night is none other than the sweet, soul-intoxicating, blues voice of Lil’ Rounds, one of Memphis' gems and a top performer from American Idol.

The action really heats up Friday night when a different side of the Biker Fest personality breaks out with the Wolf River Rednecks playing everything from classic R&R to Southern Rock to good ol' country. And then there is American Idol season eight winner, Kris Allen continuing to be one of the most endearing and common folk appealing performers. Saturday continues to be a helmet thumping night with performances by Q The Entertainer getting everyone in the mood for the classic rock and crazy funk of WAR, whose hits include “Why Can’t We Be Friends”, “Cisco Kid”, and the body jumping “Lowrider”. Look out Tiger Lane. The crowd will be in high gear that night! 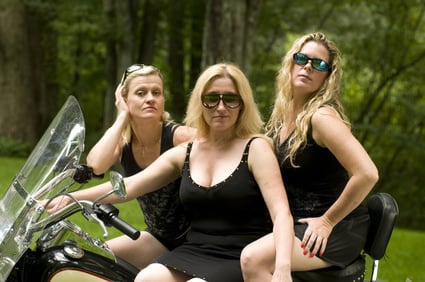 There are many biker rallies in Memphis each year but a big one is planned for 2016 when the Tennessee State HOG Rally is coming to Memphis. HOGS of all kind will converge on Memphis between May 31st to June 4th 2016. While still in the planning stages, it will include a showcase of cool bikes, great bike accessories like the best motorcycle lift tables, organized rides, parties, skills contests, and hill climbs.

Organizers of the Memphis version of the Tennessee HOG Rally recently went to this year's event in Cookeville to get ready for the big event in the Bluff City. The Cookeville event hosted more than 2,000 riders but Memphis is expected to easily eclipse that number.

Planners will be working hard over the coming months to make this one of the best biker events not only for people of Memphis but a destination from across the country. The Tennessee HOG Rally is expecting a big sensational ride in.