Ex-TV celebrity Judge Joe Brown was arrested in Memphis earlier this week. Joe Brown is running for Shelby County District Attorney but after his television show was cancelled, he is again working as a private attorney. During a juvenile court case, he made such an outburst (typical of his TV performances) that real life Magistrate Judge Harold Horne found ex-TV Judge Joe Brown in contempt of court on five charges. Brown was sentence to five days in jail without bail. 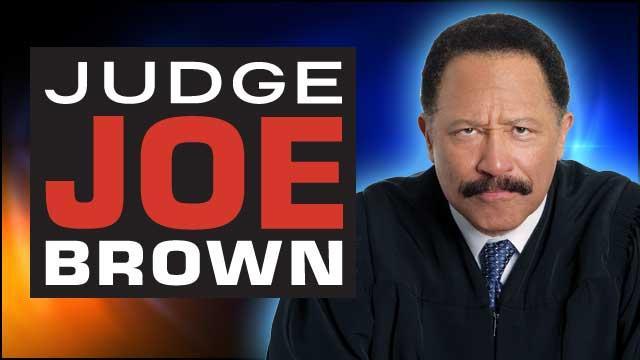 Chief Magistrate Judge of the Shelby County Juvenile Court, Dan Michael, said ""He darn near caused a riot in the courtroom, he had people so Mugshotinflamed". As a private attorney, Brown was representing a woman who had been brought to court in a child support case. According to Michael, he was yelling at the presiding judge and repeatedly challenged his authority. As if filming a TV episode, he addressed some of his comments to the crowd (audience) in the courtroom instead of to the court.

With his bail denied, he was being held separate from other prisoners for safety reasons. Michael also said that within a few minutes, several attorneys in the courthouse were seeking to represent Brown, although no attorney is on the record as of yet.

Taking this to yet another epic level, Brown's Facebook campaign page, changed his photo to one of Martin Luther King Jr. from a Civil Rights arrest in the 1960s. The text accompanying the photo said: "This is not any different than when Martin Luther King was jailed repeatedly, while fighting for our rights".

While no one can say with certainty that this was a publicity stunt in his campaign for D.A., it sure has the appearance of being exactly that. It's difficult to see how this outlandish behavior will help his campaign but it did garnish him plenty of media attention.

Although ordered jailed without bail for five days, Brown was booked, photographed, fingerprinted, and released a few hours later after Judge James Beasley signed an order for his release on his own recognizance.

In Brown's own words about the ordeal, he says: ""I always used to be a hot shot about protecting people's rights," I was not happy to have my liberty detained even for 30 seconds. That's precious. It's not about the conditions of incarceration, it's about the loss of liberty."

Brown goes on to explain that he wasn't originally in the court as an attorney. That he was there to observe how the court functioned as part of his bid to become district attorney. However, a woman approached him about representing her in her child support case and he felt compelled to help based on a pledge he made to "protect womanhood and promote manhood".

It turned out that the case was not on the afternoon docket. It was while the court staff was trying to locate the woman's file that Brown went in to his tirade that ended with him being handcuffed and hauled off to jail.

Ex-TV Judge Joe Brown will have his next day in court in early April.