Downtown Memphis is on the verge of beginning construction on two new skyscrapers at the mouth of the Mississippi. The combined project is known as One Beale because it will be at the corner of Beale Street and Riverside Drive. One skyscraper is to be a 30-story 280-room apartment building and the other a 22-story hotel with 300 rooms. Ample retail space will also be available. An 800 space parking garage is included.

The project is being proposed by and will be managed by the Carlise Corporation. Once city approval is given, construction could begin in the first quarter of 2016. The Carlise Corporation has financially positioned itself to go forward by selling off other assets last year. The company also says lenders are lined up to provide the remainder of the financing required for the $150 million project. Once started, the project is expected to be completed in 24 to 30 months. 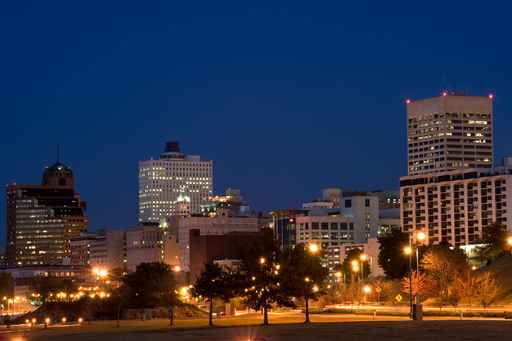 Carlise Corporation says it is working with an international hotel chain to occupy the south tower but is not yet ready to divulge the name of the company. However, it is a four star hotel chain.

Besides the skyscrapers, the campus will include other building such as class "A" office space and a conference building. Retail space will be available at other sites across the campus.

According to Carlise, being at the mouth of the Mississippi is one of the most attractive features of the site. As a supporter of the project, Memphis Mayor A C Wharton has publicly stated his desire to see the project connect the river to the rest of our city, not just Beale Street.