When you think of Memphis, Beale Street, Barbeque, Elvis, Johnny Cash, and B.B. King probably come to mind. However, in the business world Memphis is known as the distribution center of America. It's the center of FedEx's operations. It's home to five class one railroad operations. It's a trucking hub as well as being the nation's fourth largest inland port with access to the Mississippi River and more than 12,000 miles of navigable inland waterways. 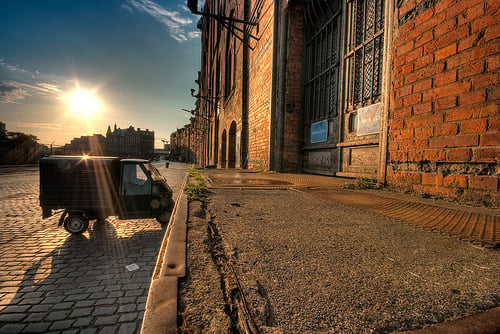 While I wouldn't invest in Memphis office space (still in recession), warehouse space is constantly in demand in this distribution center that can reach any of North America's population within 24 hours almost anywhere in the world within 48 hours.

Besides FedEx, major distributors out of Memphis include UPS, and USPS. Typical businesses using these services include the largest distributor of DVDs in the world and 1-800-Flowers. Many manufacturers and retailers needing next day delivery services operate major warehouses in Memphis. Others include Hewlett Packard, Sharp, Cingular, Jabil Global, Pfizer, Baxter, and GlaxoSmithKline.

As a major distribution hub, Memphis is second only to Hong Kong and out ships other major cities including Paris, Amsterdam, Kuala Lumpur, and Dubai. Other amenities attracting business executives to Memphis is a desirable mix of major hotels, tourist attractions, and residential neighborhoods all linked by efficient local ground transportation. As a major city, Memphis has it all.

During the Great Recession, Memphis did see an increase in the vacancy rate for warehouses. However, in 2013, more than a million square feet of vacancies have been reoccupied and new construction is in the works. What's different in the new economy is that grow has shifted from class A warehouses to class B warehouses.

Class A space is located in the most desirable locations. Next to major freeway on ramps, river shipping wharfs, rail yards, and next to the airport. These warehouses are typically a million square feet or more. Class B warehouse are one tier down. The location is decent but not ideal. They are being developed on the outer edges of the city where land prices are more affordable. Also, they tend to be smaller, averaging about 250,000 square feet.

J Maxx is a major new lessee, recently moving into a 414,504 square foot facility. Indicative of the improving market, average class B rental rates are up to $2.63 per square foot, off a recession low of $2.50. If you're looking for a solid commercial real estate investment, warehouse space in Memphis is worth a close look.

Author bio: Brian Kline has been investing in real estate for more than 30 years and writing about real estate investing for seven years. He also draws upon his 25 plus years of business experience including 12 years as a manager at the Boeing Aircraft Company. Brian currently lives at Lake Cushman, Washington. A vacation destination a few miles from a national forest in the Olympic Mountains with the Pacific Ocean a short distance in the other direction.