By Tavis J. Hampton | May 2, 2011
TwitterFacebookLinkedInBufferPinterestCopyReddit

Apparently, the rich continue to get richer, as the UK home sales figures from 2010 indicated that the number of homes priced at £1 million or more rose 54 percent over 2009 totals.  7,185 properties over the one million pound mark were sold in 2010, indicating that the high end of the housing market is getting stronger. 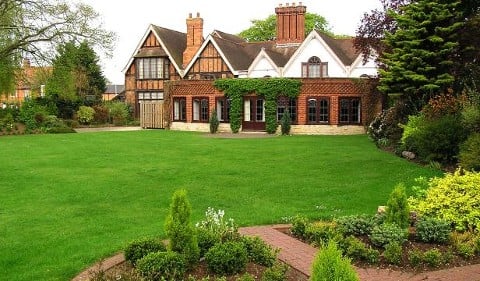 The annual increase is the highest since 2006, according to the Lloyds TSB, but the totals are still 13 percent lower than they were in 2007, just before the financial crisis began.  Approximately 184,000 homes in Great Britain are valued at £1 million or more.  83 percent of those homes with the million-pound price tag were sold in London and the South East.

While the high-end market seems to be improving, the sales figures for those homes still only account for one percent of all transactions.This could mean that the wealthy are are finding ways to make deals happen in the recession, but the average consumer is still feeling the harsh effects.

“A small number of areas in London still account for the lion's share of all £1 million sales, with housing market activity in such locations continuing to benefit from strong demand from wealthy international buyers and limited supply. In contrast, the level of activity across the wider housing market remains subdued”, said Suren Thiru, housing economist for Lloyds TSB.

Many of the investment and saving techniques wealthier home buyers used may not be practical or affordable for most people.  Therefore, while homes over £1 million are climbing in sales, less expensive property sales will still depend on greater overall stability, more jobs for workers, and many other factors.