While technology changes, algorithms update, and Google continue their quest to dominate the online world, keeping up with things can be a daunting task. It’s time to stop trying to trick Google because Google is fast becoming impossible to trick, and ultimately, Google’s rule over SEO is bound to become incontestable. It’s a clever search engine we’re dealing with, so rather than trying to outsmart it, we need to play along and give Google what they’re looking for.

Consistency is becoming a must do. Before, it was enough to put up a hundred links or a hundred blog posts and then have a six week vacation, we sadly don’t get that luxury anymore. Google wants to see fresh content, fresh links, active participation, and a dynamic website that caters for changing times and opinions. Get blogging and get active, the fresher the better when it comes to Google and its rankings.

It’s becoming ever more important to work closely with web designers. We need a website that provides a great user experience, which people will want to share, visit, and talk about, while at the same time having enough content to get ranked. Some of the most common arguments are those between SEOers and web designers, arguments which seem never-ending, perhaps because it’s that troublesome chicken and egg scenario causing problems again. We want content, web designers want visual. Well we need to stop arguing and use a few tricks to get the best of both worlds.

While content has always been called king, it seems the saying couldn't be more true than now, but so long as it’s the right content. Anyone can be a king, but some last longer than others. Don’t come out with King Canute content that’s never going to withstand the great tide of Google’s new scrutiny. It’ll be washed away and swept under the carpet within minutes. Google wants content that’s genuine, unique, and of a high quality. If you’ve got this then Google would love to show it to people looking for topics relating to your work. And if Google would love to show it then you don’t need to mess about with backlink profile analysis, anchor text nonsense, and thinking up prolific schemes to trick Google into showing your work.

Four - Relationships
We all have relationships with people, relationships that many of us couldn’t do without. Well as SEO tacticians we need relationships as well. Building long term connections with people is perhaps time consuming, but it can pay off with some great quality link generation, social mentions, and recommendations. Have a look at Rand Fishkin’s favourite way to get links

Five - Social Media
It seems social media is fast becoming an indisputable accomplice to SEO, and really the two are no longer separate entities. In this new age of SEO, social media has become another part of SEO. While Matt Cutts has hinted at how Google already use social media to some extent, this use of social media is only going to increase in the future. What better way to determine a website’s popularity and trust than through using genuine social shares, likes, and recommendations? Surely these are much more trustworthy sources than 100s of shady backlinks that an SEO strategist has artificially conjured.

So there’s my list of top 5 things to do in this new age of SEO. Remember just because ‘SEO is dead’ it doesn't mean SEO is actually dead, but rather crumby old methods like King Canute content aren’t going to work anymore. SEO is very much alive; it’s simply finding that set of characteristics which Google is looking for. Google’s looking for a new age of real content and social interaction, and we better make sure we give it to them!

About the author: George Stevens works at Nebstone Agency and is the main contributor to the Nebstone blog. He is interested in all areas of digital marketing, and specialises in SEM at Nebstone, and you can find him on Twitter or Google+. 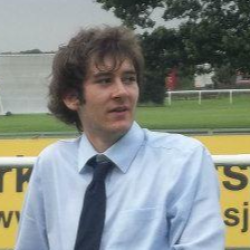 George Stevens
George works at Nebstone Agency and is the main contributor to the Nebstone blog. He is interested in all areas of digital marketing, and specialises in SEM at Nebstone, and you can find him on Twitter or Google+.