Monthly and annual home sales numbers increased in November, according to a new report by the California Association of Realtors (C.A.R.). Sales of single family detached homes were up 2.1 percent, and that is good news for real estate professionals. 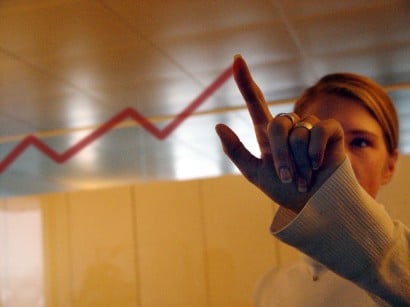 In October, single family home sales reached 493,140, and in November, they topped 503,570 units, an annual high, and the fifth consecutive month of home sales increases. Moreover, the median price for single-family detached homes in California rose to $280,960 in November, a one-percent increase from October but 5 percent lower than the price in November of 2010.

What does all of this mean for prospective buyers, homeowners looking to sell, and the real estate agents who represent them? According to LeFrancis Arnold, President of C.A.R., it means that the housing market may be getting stronger, which is “encouraging.”

“Despite the challenges the housing market has faced, sales are maintaining a pace that is just shy of normal levels, enabling both distressed and non-distressed properties to move and providing a tremendous opportunity for those who are looking to buy a home,” explained Arnold.

C.A.R. collected the data for its report from over 90 Realtor associations and multiple listing services (MLS) throughout the state of California. The California Association of Realtors is the largest of its kind in the United States, with a membership of over 155,000.