Money talks, and the Bank of Nova Scotia is hoping some prospective buyers with fat wallets are ready to start chatting. The bank has confirmed that it is now looking to sell its towering 68-story Toronto skyscraper, Scotia Plaza.

Canada’s second-tallest skyscraper will soon be up for sale, and the transaction could go for around $1 billion, which would break the record for the largest purchase of an office complex. Experts believe a pension fund may be the type of buyer that could shoulder the expensive price tag, which, at $1 billion would be about $400 million more than the previous record. 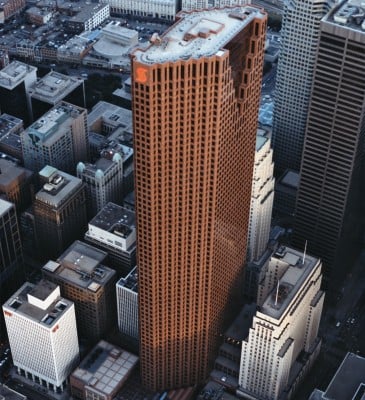 Erected in 1988, Scotia Plaza has become a distinct landmark of the Toronto skyline with its unique red granite color and enormous size. Towering over its neighbors at the corner of King and Bay streets, Scotia Plaza stands in the heart of Toronoto’s financial district.

“It’s marquee – as marquee as they come,” said John Andrew, commercial real estate professor at Queen’s University. “There’s no question there would be a huge amount of interest.”

With low interest rates and increased value, commercial buildings are staying full, and the market is ripe for picking. Just across the street, the Canadian Imperial Bank of Commerce sold its 4-building Commerce Court complex for $618 million, the current record for a single office complex. With the right moves, the owners of Scotia Plaza hope to make history.