An alternative title for this article might be "Do High Real Estate Taxes Pay?" Vancouver British Columbia is a Canadian gateway city to the Far East where many real estate investors have been taking advantage of secure investment opportunities in foreign countries. Vancouver is about 140 miles north of Seattle and just across the Canadian border. It is a city comparable in size and amenities to Seattle.

Being gateway cities with rapidly appreciating real estate values has made both cities highly attractive to foreign investors - especially the Chinese. While both cities have been highly popular with investors, Vancouver was out pacing Seattle until the city passed a foreign real estate investment tax. One that does not exist in Seattle and Seattle currently has no plans of duplicating.

Between June 10 and July 14, foreign nationals had spent more than $1 billion on B.C. property, mostly in Vancouver region, according to CBS News. At that time, the Vancouver high-end home price was $1.5 million. In August, it rose to $1.57. Vancouver saw an opportunity for a new tax income stream. As if in a blink of an eye, Vancouver passed a 15 percent foreign real estate investment tax.

The stiff new cost of investing in Vancouver caused the luxury market to immediately drop by 20 percent by most expert accounts. That doesn't mean that foreign investment has slowed. Early numbers indicate that it has simply shifted mostly to Seattle and Toronto. Toronto is now considering a foreign real estate investment tax similar to Vancouver. So far, there is no indication that Seattle is considering such a tax.

Seattle has been attracting large amounts of foreign investment capital for years but the new tax in Vancouver appears have pushed more of the money south of the border. Real estate agents specializing in foreign investment report that about 50 percent of their sales have been to foreign buyers. This can be expected to increase in coming months.

Seattle has more of an advantage than no foreign investment tax. Whereas Vancouver's luxury homes have a median sales price of $1.57 million plus the new 15 percent tax makes the Seattle luxury median price of $625,000 even more attractive.

The Vancouver tax only went into effect on August 2 but just as fast as that tax was implemented,  foreign investment headed south to Seattle and east to Toronto (at least until Toronto passes a similar tax).

Does the Tax Have a Sliver Lining?

An unanswered question is if that tax is good or bad for Vancouver. At first glance, it appears to be bad for future investment in the Vancouver market. However, a driving force behind the tax was to slow down the rapidly appreciating value of real estate across the board. The risk involved with large sums of foreign money flowing into a major real estate market is that it tends to drive up not only the cost of real estate but also the entire cost of living within that market.

Like almost every major city, both Seattle and Vancouver have massive problems maintaining and expanding low cost housing. Vancouver claims that a major driver in bringing on the new tax was to curb runaway inflation in the real estate market. Making it less cost effective to bulldoze down low income housing to build up scale housing in its place. Further more, Vancouver has earmarked the new tax money for affordable housing measures to counter the high rate of inflation.

Chinese real estate site Juwai.com states that Seattle is a top choice for foreign investment. Early numbers indicate that interest in Seattle was up 143 percent in August from a year ago, while interest in Vancouver real estate was down 81 percent in the same time frame.

Should Seattle now become concerned that this foreign investment money is going to stoke hyperinflation of the local real estate market? 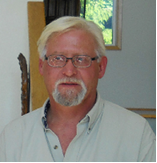