Show Me The Money: More Home Buyers Bringing All Cash To The Table

An increasing number of home buyers are upping the ante with all-cash deals — a trend that started when the housing market took a turn south — according to the National Association of Realtors. 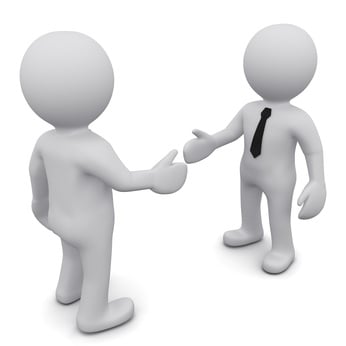 Research unveiled at an industry conference last week also found the amount of time it takes to sell a house is shrinking.

“We’ve seen a tremendous increase in cash buyers since the housing downturn that we haven’t seen before in history,” said Lawrence Yun, chief economist of the National Association of Realtors®. Yun said a decade ago all-cash home purchases were less than 10 percent of the market but have increased steadily since 2008, to as much as 30 percent of sales.

Tight lending conditions have contributed to the cash phenomenon. Most of the all-cash buyers are investors, Yun said. There is also an increase in the number of international buyers. NAR research shows that 62 percent of international purchases were all cash; the percentage has continually increased since 2007.

Another segment of homebuyers that is using all cash is boomers who are downsizing. They sometimes have enough equity in the home they sell to pay all cash for a smaller home.

“Research shows a bias toward cash sales for newer and lower priced homes,” Dr. Grant Ian Thrall, president of the American Real Estate Society , said. “Many of those sales are occurring within the first 60 days that the home is on the market, and more than half sold within the first 120 days.”

Meanwhile Yun says the decrease in the amount of time on the market is also the result of a tightened inventory.

“Tightened inventories in some places mean homes are selling more quickly and reducing time-on-market,” Yun said. “Our research shows that last year, home buyers saw 10 homes before buying, down from 12 the year before, and more than half of buyers reported that finding the right home was the hardest part of the home search process.”

Michele Dawson
Michele Dawson is a freelance writer based in Phoenix, Arizona. She spent seven years as a newspaper reporter and has written for various magazines and web sites specializing in real estate and home improvement, including Realty Times, SmartHomeowner, California Builder, and the Sacramento Business Journal.

2 comments on “Show Me The Money: More Home Buyers Bringing All Cash To The Table”