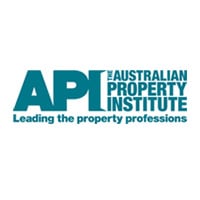 According to the 25th Australian Property Directions Survey for September 2012, recently issued by API, the market is showing clear signs of recovery, which the institute’s specialists have labeled “a slow but steady upswing.” The situation holds true of all the four sectors of the market: industrial, commercial, retail and residential real estate are all improving.

Not only have prices slightly stabilized, but they also indicate that the coming two years will continue along these same positive lines. Additionally, the survey’s abstract explains that one factor which might negatively impact other sectors of the economy will prove particularly beneficial when it comes to real estate. Specifically, the dynamics of the stock market, which is on the move and somewhat volatile, are set to determine increases in popularity among investors for both the commercial and the residential sector.

The survey is not one which polls the general population, but experts from the industry: managers of property funds, valuers, financers and analysts. It targets the three major east coast capitals (Sydney, Melbourne and Brisbane) and attempts to determine the market’s development cycle over the two following years. For the coming cycles, increase is expected in all sectors for all capitals, with the exception of retail property in Brisbane and Sydney, which are currently “at the bottom of the cycle.”

What is more, prices for residential property in Sydney are expected to rise over the 2012-2014 period. Not only is an increase expected, but the API survey also found that the similar markets of the two other capitals are not likely to catch up in rate of growth over the next two years. This is not to say that the situation is entirely bleak in Melbourne and Brisbane. Melbourne and Sydney markets are comparable to say the least, in terms of growth.

An even more substantial increase in the commercial segment is expected to take place in Melbourne for the 2012-2013 year, while Brisbane is, indeed, lagging a little behind its traditional competitors. At the same time, Brisbane is expected to display the biggest price increase by 2014—its industrial real estate segment will most likely surpass the performance of the other two capitals over the following two years.

The rate of growth in residential property is still slow, but it is steady. It’s not just investors’ return that the industry experts are awaiting, with renewed enthusiasm and a much-needed, long awaited infusion of capital. Individual buyers are also returning to the table, as home loans are available to them from an increasing number of sources. Analysts indicate that the market is competitive, given the number of lenders and their many offers, yet they advise that comparing as many offers as possible is still the best route to take. We gave their piece of advice a test run and compared home loan offers on Bankwest.com.au, and found that online loans come with special terms, available only via the Internet, for instance.

The situation might not seem as rosy in Melbourne, where the number of home auction listings has continued to fall and is currently at much lower levels than the ones posted around the same time last years. However, the outlook is not all that dire for the Victorian capital either—while API expert’s state that prices will continue to fall on residential property, while also dragging down industrial and commercial property, others disagree.

According to the Real Estate Institute of Victoria, recent figures indicate that the residential sector in Melbourne has already hit ‘rock bottom.’ REIV representatives claim that prices have already fallen to their lowest low, and will soon begin a timid, yet determined upswing movement, set to restore investor faith and put the minds of sellers and buyers at ease.