Have home prices finally reached an unaffordable high? Will higher interest rates price buyers out of the market? Will new home construction begin meeting demand? All of these factors are crucial as we begin the always-hot spring buying and selling season. Certainly the demand for homes is out there in force. In many markets it has been less expensive to own than to rent for a couple of years. The hurdle to ownership is qualifying for a loan and having the down payment. Entering the spring buying season, undoubtedly many potential buyers are anticipating that their income tax refund will push them across the finish line with the down payment needed to qualify for a mortgage. But then all the numbers changed. 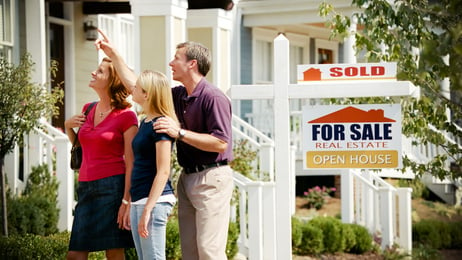 Sales of new construction are clearly showing how unaffordable the market has become. The supply of new homes on the market rose again in January to 301,000. This is the first time since 2009 that the number has topped 300,000. Yet, sales (signed contracts) dropped 7.8% lower than in December (traditionally the least active month for sales). The median sales price in January was $323,000, about 2.4% higher than in January 2017. Although still below historical averages, new construction has been continuing to increase for some time.

At the same time, sales of previously owned homes slid 3.2% in January, the second consecutive monthly decline. The median price jumped 5.8% to $240,500. Yet, “Realtors in most areas are saying buyer traffic is even stronger than the beginning of last year” according to Lawrence Yun, NAR’s chief economist.

It can’t be a coincidence that this occurred immediately following December’s tax reform that reduced deductions for homeowners. Of course, a big hike in interest rates also contributes to fewer sales for both existing sales and new homes due to lack of affordability. Mortgage rates moved a full quarter of a percentage point higher during January, from below 4 percent to about 4.25 percent. And continue climbing.

What has happened is that builders have focused on the wrong market. A very limited number of buyers can afford $500,000+ homes. The high-end market is stalling. That puts pressure on the lower cost existing market to increase prices. However, low unemployment and slight wage increases have taken that market about as high as most potential buyers can afford. For more than a year, buyers have been advised to make their first offer - their best offer, rather than trying to negotiate downward. That alone puts a damper on bidding wars as the spring market heats up. In recent months, first time buyers have signed slightly less than 30 percent of purchase agreements. That’s down significantly from the 40 percent of the market share that first time buyers traditionally represent.

This spring is going to be supply and demand in reverse. Is the demand there? - Absolutely. Is the supply there? That’s a mixed bag. Inventory of overpriced new homes is increasing – and sales are decreasing. Inventory of barely affordable existing homes is decreasing and becoming more costly both in price and for interest rates.

The almost certain fate is a highly active but flat (even declining) spring sales market. People will be looking but not many will be able to afford to buy. Expect prices to stabilize at the highest affordable price through the summer.

What’s you take on today’s market? Please leave a comment.