The Best Markets in the World for Student Accomodations

Student housing is a niche of the real estate market and a profitable one at that. If a few decades ago bachelor degrees were pursued only by students with academic endeavors, now they have become the norm and it’s not uncommon for the average student to consider an MA, PhD or even attending a second college in order to boost their chances on the workforce market. The increasing number of students also leads to an increase in student housing and because the offer for campus dorms can’t always meet the demand, this creates new opportunities for student housing investors. These are the most prospective student housing markets expected to grow even more in the following years and that could bring the highest return on investment: 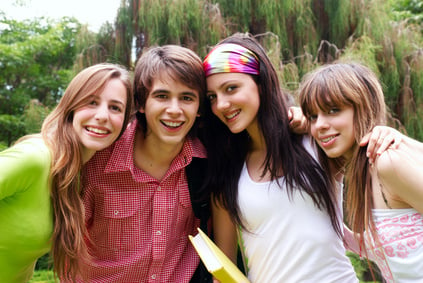 Having some of the best higher education establishments in the world, the US remains the fastest growing student housing market (it reached $16 billion in 2016) and Florida is one of the states with the most opportunities for real estate investors:

• In Tallahassee, which has some notable institutions such as Florida State University, Barry University or the Tallahassee Community College, student housing sales have increased considerably in the past few years, reaching more than $175 million.

• Thanks to the popularity of the University of Florida and Santa Fe College, Gainesville is becoming a profitable student housing market, making around $50 million.

• Although Orlando is mostly known for Disney World, their higher education doesn’t leave to be desired either. Thanks to universities such as the Florida Institute of Technology and Barry University School of Law, Orlando has earned about $40 million.

• The growing interest in the University of South Florida, University of Tampa and Hillsborough Community College have brought Tampa around $36 million in student housing sales.

• Apart from its prestigious community colleges, Central California is also home to the University of California, California State University and San Joaquin College of Law, making it a strong contender for students seeking higher education. The student housing market here has reached over $66 million.

• Between 2013 and 2014, Sacramento become one of the top student housing market in California by earning more than $48 million in sales thanks to institutions such as the Alliant International University and Drexel University.

There are currently 290,000 higher education students in London, nearly 50% more than in the past 10 years and out of these, 28% are foreign students who need accommodation. By 2020, this number is expected to double, which means that the student housing real estate sector will grow even more. Because of the limited number of rooms on campus, there is a considerable demand-offer imbalance in the UK and private housing will bridge this gap. However, it should be pointed out that private housing is different in many ways from what campus dorm rooms offer, as we can see a trend for private bathrooms, larger bedrooms and modern amenities such as private parking, concierge service and fast Internet.

Germany’s largest cities have witnessed a significant increase in student rental prices. From 2010 to 2017, the average student rent cost has risen by 70% in Berlin, which makes the rent as high as €430 per square meter. Berlin is followed by Munich, Frankfurt, Cologne, Bonn, Kiel and Leipzig. One of the reasons for this increase is that more and more students want their apartments to be fully furnished, but there is also the fact that the number of people studying in Germany has increased in the past ten years. According to the Cologne Institute for Economic Research, Germany’s largest cities will continue to favor student housing markets and offer more opportunities for real estate developers.

India stands out as one of the fastest growing student housing markets and that’s because it currently has more than 34 million students enrolled in higher education, 75% of which come from different states. Pune, Bengaluru and Chennai are three of the most lucrative markets. By 2020, India plans on becoming one of the main education hubs in South Asia, which will lead not only in domestic students, but also students from neighboring countries. All of them will need student accommodation and real estate investors will be ready to satisfy this demand.