By Brian Kline | May 28, 2015
TwitterFacebookLinkedInBufferPinterestCopyReddit

There is an almost unexplainable draw to Graceland. In 1976, Bruce Springsteen was caught by Graceland security climbing over the fence in an attempt to see the King of Rock 'n Roll. “For reasons I cannot explain, there’s some part of me that wants to see Graceland.” – Paul Simon. The fact is, Graceland is the second most visited house in America, second only to the White House.

Memphis Isn't Only About Graceland

Many of the attractions in Memphis have been around longer than Graceland. The Peabody Hotel has featured ducks that live in a duck palace on the roof since the 1930s. Twice each day, a "Duck Master" escorts the ducks to a gilded lift that brings them to the hotel lobby where they duck walk down a red carpet to swim in the lobby fountain. Hundreds of tourists turn out each day to take photos of the ducks as they pause on the carpet to pose for the camera-flashes before returning to their roof-top palace. 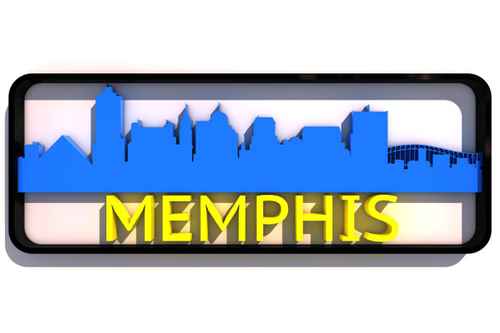 In contrast to Graceland is the modest wooden cabin of W.C. Handy, the father of the blues. It was plucked from a rural address and relocated to the top of Beale Street as a tourist destination. Here it sits oddly out of place among the glow of the neon signs.

The Blues and Rock 'n Roll may be what first come to the minds of many people when they think of Memphis but there is much more to the city. Arguably, the best place for ribs (there are many others) is the Rendezvous steak house. But first, you'll have to find the nameless alley with the hidden entrance. Here the ribs are dry rubbed with secret spices before being barbecued to perfection and served with the legendary sweet cole slaw and beans - true southern comfort food. Staying in the tradition of a back wall eatery, the forks and knives are plastic and the tables covered with red and white checkered cloths. Of course, photos of Blues stars cover the walls.

For a more serious side of Memphis, ride the old-fashion tram up the street to the National Civil Rights Museum. The museum occupies the old Lorraine Motel where the Civil Rights leader, Dr. Martin Luther King Jr., was assassinated on April 4, 1968. Unlike the competing bands on Beale Street, the atmosphere here is quiet and somber. The outside of the old hotel has been preserved as it was the day a single shot assassinated Dr. King. Two era correct cars remain parked in the parking lot below the terrace that King was standing on when shot down.

Inside the museum, stories are told about discrimination against black people across America. The end of the story is about the victory for equality and human rights for all. The solemn tour ends at the hotel room Dr. King was staying in while he supported striking Memphis municipal workers. The room has been preserved as it was the day he was struck down. The old-fashioned telephone remains as does the newspaper lying on the bed. Gospel music plays softly. On a typical day, sunshine rains down on the empty balcony where King stood when he was shot. A wreath adorns that spot.

No single article can do justice to Memphis as one of the most vibrant cities adjacent to the powerful Mississippi River.