Most people assume that there isn't a lot you can do about protecting your home from water damage, apart from sandbagging the yard when the river starts to rise. This is not really correct, however. There are actually many ways in which a homeowner can take proactive steps to prevent water damage to their property. But, if you discovered any signs of water damage in your home, you may need to hire a water damage mitigation company. 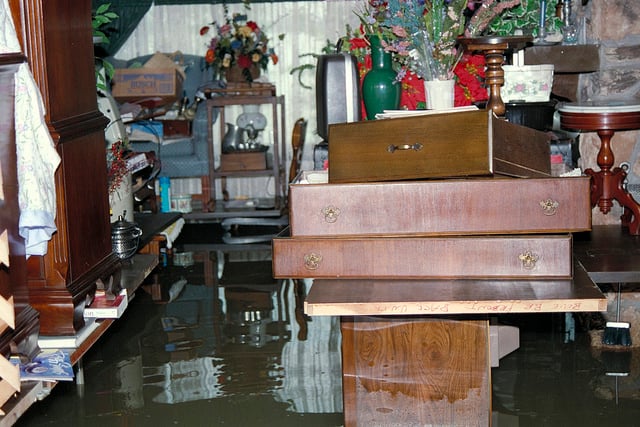 It is best to start at the top and then work your way down when it comes to keeping the inside of the home dry. Here are five ways to prevent water damage from happening to your home.

So Start at the Top of Things

Begin with a careful examination of the roof and its underlying substructure. Not only do you want to look at the exterior of the roof, but it is usually a good idea to go up into the attic and shine a flashlight over the inside surface of the roof plywood. Discoloration is usually the first sign that you have a problem. Roof damage needs to be attended to as soon as it is noticed, since damage up at the top of the home allows for many structures underneath to be ruined in turn.

Then Go With the Flow

Surprisingly enough, another big candidate for causing water damage is found in the rain gutters and downspouts. When downspouts clog, rainwater can sit in the gutters and then wind can blow excess moisture back up under the shingles and down the walls. In the case of missing downspouts, gutters dump their load right next to the home's foundation. This can cause basement flooding and foundation damage. Splash blocks and drain piping normally carries rain water far away from the house, but can also get clogged and cause backups in the system. To prevent basement overflooding, make sure you have a sump pump battery backup that will power your sump pump incase of a power outage during rainy seasons. Making sure that the gutter systems are clear and free-flowing is also an important part of keeping a house dry.

Watch Where It Lands

Poor structural engineering and construction practices can result in a house that sits at the bottom of a bowl where water accumulates rather than being drained away from the house by the natural slope of the ground. The usual method is for the house to sit atop a slight berm so that it is at least slightly higher than the surrounding terrain. Rebuilding the swale, or slope, around the house will prevent a great deal of both rapid and slow-acting water damage.

Somewhat related to swale problems is the notorious risk of flooding through a basement window well. These are, in effect, huge holes in the foundation surrounded by a funnel that collects large amounts of water and dumps it into the basement. Where possible, window wells should have rain covers installed to keep them dry. It is also important to make sure that the upper lip of the window well itself remains several inches above the grade line so that water doesn't simply run right down inside but instead has a chance to be channeled away.

Another surprising cause of water damage is found in improper or ruined landscaping. In properties where the landscaping around the perimeter of the house has been disturbed or removed, a simple dirt surface may be all that remains. Dirt absorbs water and holds it against the foundation. This causes problems with expansive soil cracking foundations, mold growth, and many other problems. Keep the area around the foundation properly landscaped.

Always Be on Your Guard

There are, of course, many other ways in which a home can receive water damage. Leaky faucets and frozen pipes are among those conditions which also deserve some sort of mention. A home warranty can often help pay for damage caused by these conditions, but, as Ben Franklin once said, "an ounce of prevention is worth a pound of cure." Perform a complete home inspection at least once every year and make sure to make an additional check on the condition of the property immediately after any major weather event that could have started or accelerated the water damage process.

About the author: David Glenn is a contributing writer for RealtyBizNews.com