What Do You Expect From Baby Boomers?

At 76 million strong, the baby boomers continue defining American society as they enter their retirement years. Generally, these are people born between the years of 1945 and 1964. The real estate industry continues anticipating how this influential and economically powerful group will live out their later years. Will they flock to the sun states of Florida, Texas, and Arizona? Or will they move from the family house to low maintenance condominiums with the conveniences that cities offer? Or are assisted living facilities their next destination? 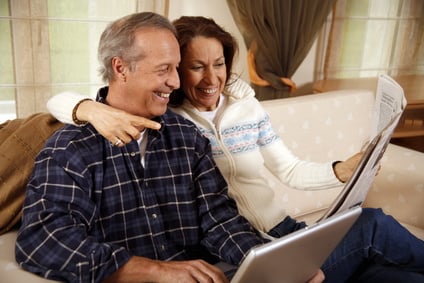 Most likely, it's a combination of everything. A recent Demand Institute survey of baby boomers found that 63 percent plan to remain in the home they currently occupy. The great recession and other economical factors had much to do with the current living plans that most baby boomers are embracing. The average household wealth of this generation fell from just over $200,000 in 2007 to $143,000 in 2013 according to Federal Reserve data. In addition, these people are not retiring into a fully paid for home. Instead, they average an outstanding mortgage balance of $118,000, up from $48,743, twenty years ago.

Statistics can be strange for this group. Many of those with the least wealth (average net worth $40,000) are hoping to upscale to bigger homes and switch from being renters to become homeowners as they enter retirement. However, a large group of the wealthier baby boomers (average net worth $200,000) are planning to down size into smaller houses. Only about 20 percent say they expect to ever live in "senior housing".

Many say that rather than moving to senior housing, they plan to use the money they have remodeling kitchens, bathrooms, and bedrooms to better accommodate their limited mobility as they age.

The Numbers Are Big

Seventeen percent of the 76 million baby boomers have already reached the traditional retirement age of 65. They will continue reaching this age at a rate of 10,000 per day for the next 15 years. Although a full 63 percent expect to stay in their current homes, the 37 percent that plan on moving will spend an estimated $1.9 trillion in homes over just the next 5 years. Never under estimate the baby boomer generation because they will continue having one of the biggest impacts on the housing industry over the next ten years or more.

The traditional marketing philosophy that the best targeted market are 18 to 49 year olds is a thing of the past. That was an accurate marketing model when baby boomers were in that age group. Today, that mass of humanity has passed into their 50s and beyond. They still control the lion's share of wealth in this country but they are now spending it differently as retirees instead of wage earners. Collectively they have $2.4 trillion in annual income and own 65% of the aggregate net worth of all households in the United States. It's the baby boomer generation that fully embraced the "American Dream" of home ownership and 80% of them own one or more properties today.