Real Estate Marketing & Beyond
Home » Housing » US Real Estate » Real Estate » Mortgage » With DeMarco out the Way at FHFA, it's Back to Business as Usual
Double-click to edit button text.
X

With DeMarco out the Way at FHFA, it's Back to Business as Usual

Whether these policies are "misguided" or "guided by a higher power" ( i.e. wall street bankers), it is clear that the Obama Administration has no intentions of correcting any of the problems that led to the 2008 housing crisis. In fact, the opposite is the case. Perhaps it's because there are so many hogs feeding at the housing market trough that it would seem impossible to curb their appetites for "low-income-first-time-home-buyers". 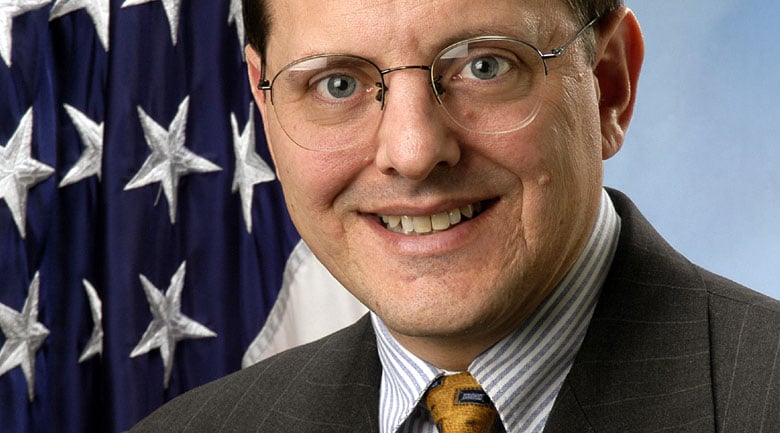 It's been 6 years since the housing market collapsed under the weight of highly-leveraged sub-prime mortgages and their host of derivative investments which enriched wall street bankers at taxpayer expense. Yet, the Obama Administration has allowed housing industry lobbyists to engineer the removal of Edward DeMarco as the head of the Federal Housing Finance Agency - the entity that was created to oversee Fannie and Freddie after the taxpayers had to step in to keep the two floundering agencies afloat in 2008.

DeMarco was despised by the housing lobby for doing the "unthinkable" - trying to keep a lid on loose lending practices at Fannie and Freddie. Yes anyone with a small modicum of common sense might think that given the massive economic upheaval in 2008, it would make sense to curb such obviously bad lending practices.

But the professional housing industry lobby was having none of it. The National Association of Realtors, various "non-profit" "affordable housing" agencies and the mortgage banking industry are key parts of what has to be the largest, most powerful and best funded lobbying force in the history of the US government. What they want is what they usually get. And they wanted DeMarco out of the way at FHFA.

On May 13, 2014 DeMarco made the following statement as he relinquished control of FHFA to it's new housing-lobby-friendly management, as quoted from a detailed article by AEI senior fellow Edward Pinto:

Pinto's article goes into much more detail about the changes in policy at FHFA under it's new director, Mel Watt. Here is another quote from it:

"This leverage has taken the form of reduced down payments, higher debt ratios, extending loan terms to 30 years, and credit to those with impaired credit histories. This policy failure is evidenced by a stagnant homeownership rate which today stands at 62 percent (excludes owners with seriously delinquent loans), the same rate as in 1960. Yes, the rate did hit 69 percent in 2004, but that was thanks to the loose lending standards resulting from Congress' following Gail Cincotta's prescription. Contrast 1940 to 1960, a period during which the home ownership rate rose dramatically for both blacks and whites. Why? Precisely because home lending until 1960 was not highly leveraged, making it low risk to home buyers and lenders alike".

The only real way for home buyers to protect themselves when buying a home today is to educate themselves ahead of time about the real costs of a mortgage loan - especially those offered up under the guise of "affordable housing". As Mr. Pinto points out, there is nothing affordable about so called "affordable housing" mortgage programs. It's no wonder we are now, as of May 2014, seeing the "official" household formation numbers dropping to a 30 year low. An unprecedented statistic that shows just how far easy money and consumer debt has taken the US housing market down the road to ruin.

Ed DeMarco was the voice of common sense and a true friend of the home buyer. He wanted to stabilize the housing market and allow Fannie and Freddie to pursue their mission in an environment of common sense underwriting principles. But the powers-that-be need and want easy money that can expand the sheer number of home buyers.

The fact is  that these are expensive, government sanctioned loans to lower income consumers that saddle these unsuspecting home buyers with way too much mortgage debt. DeMarco was attempting to do what he could to reign in these practices at the two largest tax-payer funded GSE's, who, along with FHA are responsible for 75% of all new mortgages in the USA.

It's no wonder people are becoming jaded with buying a home. Government insured mortgages are pretty much a ripoff from the perspective of the home buyer.

The rules have been changed repeatedly over the past 40 years to allow for lower and lower incomes and credit scores. But the very industry that supposedly supports "affordable housing" spends the bulk of it's lobbying efforts to insist on further expansion of the same programs that got us into this mess in the first place.  The removal of Edward DeMarco as the head of FHFA is a prime example.

About the author: Donna S. Robinson is a 18 year veteran of the real estate industry and residential real estate market expert. She coaches real estate investors to improve cash flows while reducing risk. She is the author of "Real Estate Investing Fundamentals & Strategies". Follow her on twitter @donnaconsults  Watch her videos here. read more articles and contact her about coaching or business consulting services on her website.