3% Down Payments May Be Coming

Fred Watt is the director of the FHFA and is responsible for the oversight of Fannie Mae and Freddie Mac. In October, he announced that he plans to allow 3% down payments mortgages for the many financial institutions that Fannie and Freddie guarantee. He states that his intention is to include more minorities and people who had their savings wiped out by the Great Recession reenter the housing market. This comes at a time when U.S. homeownership rate has fallen to 64.4% from 69.2% in 2004 as blacks, Hispanics, and first-time buyers struggle to qualify for loans. 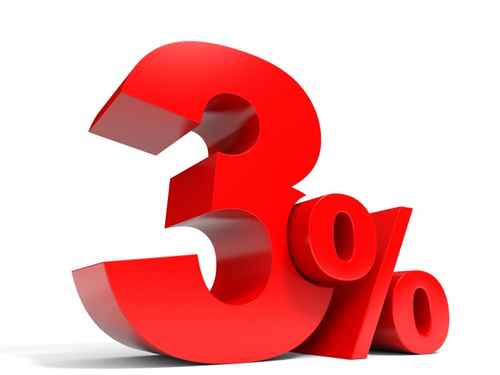 Some financial industry executives and lawmakers, Republicans in particular, are calling Watt's move an irresponsible opening of credit floodgates that could contribute to another economic meltdown. The chairman of the House Financial Services Committee (Jeb Hensarling) stated that Watt's plan returns to the policies that originally caused the housing crash. He went on to say “an invitation by government for industry to return to slipshod and dangerous practices that caused the mortgage meltdown in the first place and wrecked our economy.”

The CEO of home builder Toll Brothers, Douglas Yearley, a New York Stock Exchange traded company, called Watt's plan "a really dumb" idea. Paul Wallison, a former Treasury official under Reagan and currently a fellow at the American Enterprise Institute wrote an article critical of Watt's plan that was widely distributed, including being published by the Wall Street Journal. Part of  Wallison's article stated, “Since the taxpayers are still standing behind Fannie and Freddie, it’s clear who will have to pay the bill when these mortgages default in the future.”

Not everyone is slamming Watt's low down payment plan. The CEO of Fannie Mae (Timothy Mayopouls) claims that the Dodds-Frnak act ensures the economical safety of 3% down payment loans. That borrowers still must conform to the qualified mortgage rule requiring borrowers spend no more than 43% of their household income to pay the mortgage. The rules also penalize lenders that include risk factors such as balloon payments and interest-only loans. Something worth pointing out is that Fannie Mae will be making a bailout payment of $4 billion to the U.S. government, which is 100% of third quarter profits. Fannie Mae originally received $116.1 billion in aid from the Treasury and after this payment will have repaid $134.5 billion.

The director of Housing Finance Policy for the Urban Institute in Washington, Laurie Goodman, believes lowering the down payment requirement and keeping the other rules in place is a good first step in expanding the number of people qualifying for home loans. Studies of Fannie Mae data conducted by Goodman and others found that credit report scores are more important for staying current with a mortgage than the size of the down payment. The study looked at loans with down payments between 3% and 5% and found that only about 1% of loans fell into this category.

Another important rule that applies to low down payments is the requirement that borrowers obtain private mortgage insurance for any mortgage that has less than a 20% down payment. The goal here is easing lending to people with high credit scores but having small savings accounts. It's pretty easy to conclude that Watt is damned if he does and damned if he doesn't. Expect to hear more on the subject when he testifies to the Senate Banking Committee.

2 comments on “3% Down Payments May Be Coming”