To rank the neighborhoods that have recently grown the most in popularity, the company analyzed hundreds of millions of pageviews to Redfin.com and homes that users favorited to monitor for price and status changes. The analysis also takes into account insights from Redfin real estate agents who specialize in neighborhoods across these 31 major U.S. metros. 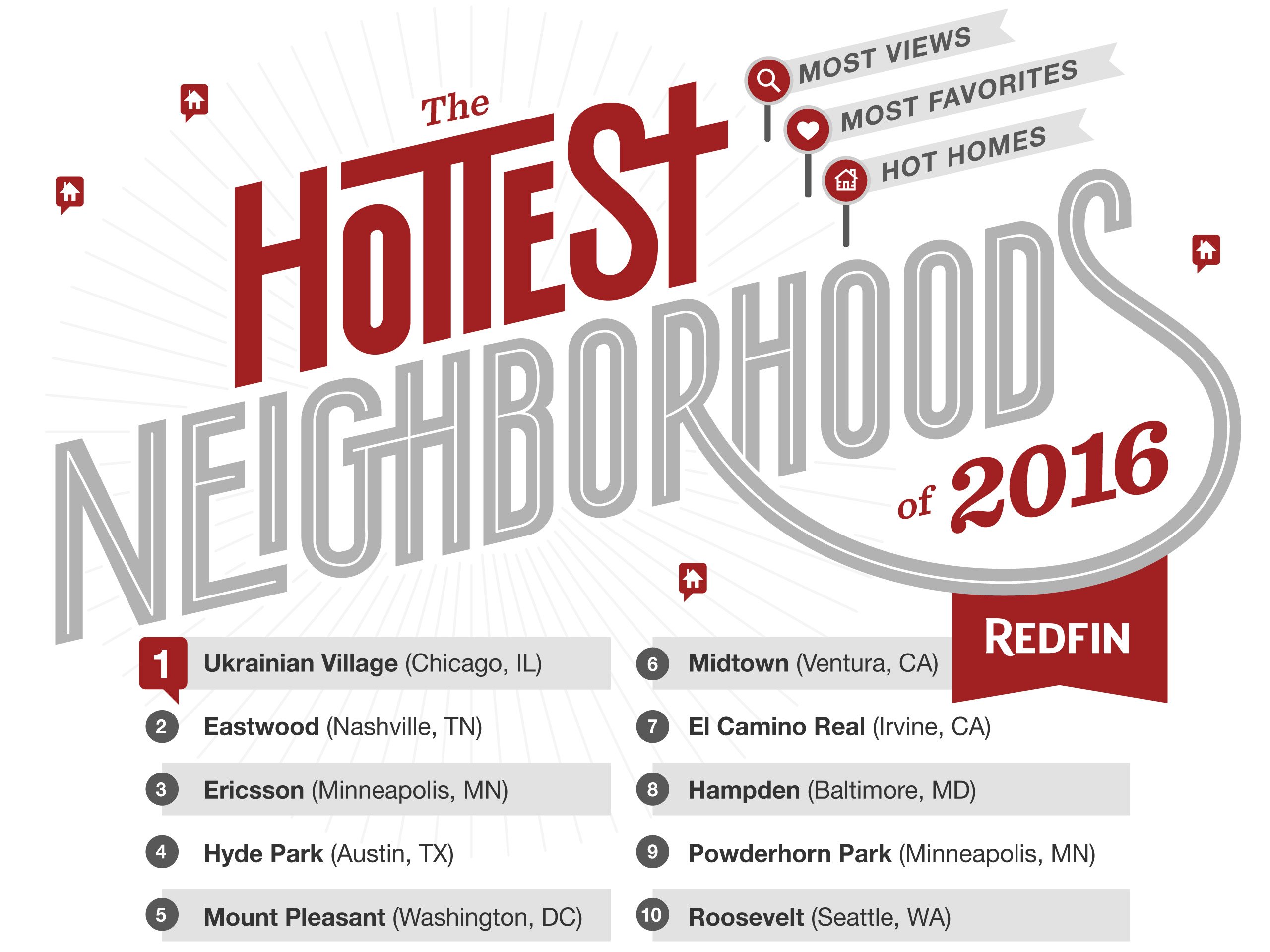 Common themes across the 2016 list are access to public transit, affordability as well as homes and neighborhoods with charm.

Affordability tops buyers’ list of concerns, and many who dropped out of the market last year because of it are back with more experience under their belts. They’ve done their research on the market and identified those pockets that are still affordable but also offer the stores, coffee shops and short rides to downtown that make communities livable. This increasingly rare combination can be found in Ukrainian Village in Chicago, Eastwood in Nashville, Ericsson in Minneapolis and other hot neighborhoods across the country.

Redfin agents report that many buyers are bypassing “cookie cutter” homes in neighborhoods that didn’t make this year’s list for the charming architecture and tree-lined streets that lend personality to neighborhoods like Ukrainian Village in Chicago and Mount Pleasant in Washington, D.C.

“For the first time, the San Francisco Bay Area is absent from Redfin’s top 10 hottest neighborhoods list,” said Nela Richardson, Redfin’s chief economist. “After the median sale price surpassed a million dollars in March and inventory dropped to historic lows, San Franciscans have been feeling uninspired by local housing prospects. In fact, one in four Bay Area users of Redfin.com are now searching for homes in other cities. San Diego and Los Angeles, home to some of the nation’s highest real estate prices, also failed to make the top ranks this year.”