The holiday season is officially over and now it’s time we start to embrace the New Year and a fresh start. As we enter the beginning of 2013, a lot of enthusiasm seems to be surrounding the national real estate market—and for good reason.

There’s no doubt we’ve managed to push through some tough years in the industry, with the housing crash of 2008 perhaps being rock bottom for most, but the end of these difficult times appears to be in sight and unlike the past several years, many of this year’s projections relating to the housing industry seem to be exceedingly positive. So although not every market is the same, some of the following real estate trends we’re likely to see in 2013 might make this year one of the best we’ve all seen in quite some time. Here are just a few things to keep an eye out for as we get set for the next 12 months:

Home Prices Should Continue to Rise

It’s no secret the new construction industry has dramatically slowed. According to statistics from the United States Census Bureau, 1,398,415 building permits were issued nationwide in 2007, followed by 905,359 in 2008, 582,963 in 2009, 604,610 in 2010, and 624,061 in 2011. Although there has been slow progress in new construction homes being built since the drop-off in ’08, the population growth is finally going to start demanding a substantial increase in the number of homes we'll need in the coming months. In fact, some economists project that construction of new homes and apartment residences will need to be around 1.25 to 1.5 million a year, just to keep up with the rise in population. However, because of the decline of new construction homes in years past, the number of available homes is actually at the lowest we’ve seen in years—meaning the prices of homes will go up and more homeowners will be encouraged to sell.

Of course, this really isn’t news to anyone. But as technology evolves, so does the way home buyers find property. We already know that, anymore, most everyone initially begins their home search online. But what you may not realize is that Google isn’t the only way for you to drive more business in 2013. Believe it or not, YouTube is now the 2nd largest search engine in terms of the number of searches performed each month. Along with that, today’s internet users actually run more searches on YouTube than on Bing, Yahoo!, and Baidu combined. So what does that mean for real estate agents? Snapping photos of all your listings simply isn’t enough anymore. Home buyers want to watch videos of walkthroughs, the surrounding neighborhood, and building or community amenities. So to all agents out there: I hope you're not camera shy! Oh, and to get all your videos seen once you've spent the time and effort making each, make sure you SEO the video descriptions and tags with quality, keyword-rich content much the same way you would with a blog or webpage.

Rent Prices Will Continue to Rise

In many places around the country, Chicago especially, the rental market has been as busy as ever over the past 12-18 months. That likely won’t change in 2013. Yes, the buyer’s market is certainly improving, but for now, that shouldn’t dramatically affect the renter’s market. All of those recent college graduates and young professionals who moved back in with their parents or decided to find a roommate to combine resources in order to ride out the down times are now starting to find work. Ultimately, this demographic will once again need to find housing as well, which will usually be in the form of a rental apartment, and that’s likely going to happen later this year. You didn’t really think they’d stay in their parents’ house forever, did you?

Expect a Busier Start to the Year

There seems to be a general consensus among mortgage bankers that interest rates in 2013 will begin to rise. After seeing historic lows in 2012, this may not be much of a shock to many people working in the real estate business. However, for those home buyers paying attention, if you’re going to buy, the time to buy is right now. Rates have already climbed since the Federal Reserve’s meeting in December, but still remain near these same historic lows. Savvy home buyers and investors have certainly taken notice that the Mortgage Bankers Association projects that 30-year fixed rate mortgages will increase to 4.40% over the next 12 months, so the likelihood of delaying a home investment much longer isn’t likely.

What are some of your predictions for 2013? We'd love to hear what your expectations are for the coming year, so let us know what you think!

Joe Heath is a graduate of Indiana University and also holds a Graduate Certificate in Real Estate Development from Drexel University. After working as a Market Research Associate and writing published Market Snapshots for Hanley Wood Market Intelligence in Chicago, Joe now works as a Web Marketing Specialist and is a managing partner at Real Estate Web Creation, LLC. 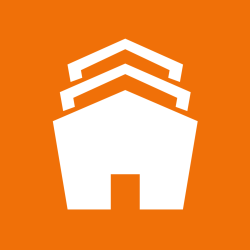