5 Worldwide Developments to Watch This Year

This year a great number of projects of a massive scale either come online, or open key investment and public use components. Among these are a few of either superlative economic potential, or fascinating architectural and cultural significance. Abu Dhabi to Washington DC and beyond, 2013 will be a monumental year for property innovation and expansion.

Here are some of the more important and interesting property developments going on. 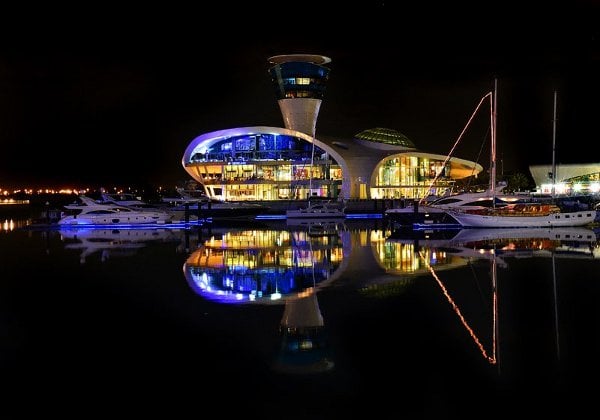 The $36 billion development project by Aldar Properties continues to awe onlookers with the sheer energy by which the luxury development moves forward. Selected the world's leading travel development by the World Travel Awards back in 2009, the Yas Island project revealed Ferrari World in 2010, Yas Links Abu Dhabi, Yas Island Rotana, du Arena, a world of restaurants, key five star hotels, a stellar lineup of entertainment, Yas Gateway Park, Yas Marina (above), and the much anticipated Yas Waterworld is scheduled to open this month. The list of Yas Island attractions is far too extensive to list here. We suggest visiting their website.

This massive redo at DC's former convention center may well shift the residential and commercial space marketing in the city. It's just that big and strategic a development. The $950 million development is geared to attract office tenants to the over half a million square feet of prime business digs, and according to the decision makers the space is already 90 percent taken. It remains to be seen whether or not this project will outdo competitive ones in the area though. City CenterDC does have the "look" of success, and as the old saying goes where choice property goes; "They don't make any more of it." Five blocks of apartments, condos, restaurants, shops, offices, and entertainment spaces, right in the thick of America's capital, makes for a powerful opening attraction to watch.

The $90 billion Sahara Desert reclamation project underway by the Egyptian Ministry of Water Resources and Irrigation is one of the most ambitious projects of any kind ever undertaken. By channeling water to a vast desert area, Egypt hopes to create habitable areas well suited economic and population growth. Currently, only about 6% of Egypt's territory supports the entire population there. The narrow strip running alongside the River Nile has traditionally nourished all Egypt. The South Valley Development is certainly one to watch not only for investment potential, but with environmental and sustainability as a focus.

With the rapid transformation of the urban landscape in South Korea, the port city of Incheon is being transformed forcibly. This $35 billion dollar project is seeing 100 skyscrapers rise from whence artifacts from the 40's and 50's once stood. The project includes a reclamation aspect that takes back 1500 acres from the sea. Some of the projects components are already completed, with still more due this year and in the coming months leading up to 2016. Songdo IBD will even have a 100-acre Central Park. as well as South Korea's tallest building.

Dubbed "The Phantom Bridge" out of Italy's longstanding wrestling match with itself over building across the Straights of Messina between Sicily and Italy proper, this "maybe" project of 2013 is a fabulous fantasy, if anything. Having already cost hundreds of billions of euro, without one piling having been sunk, this engineering marvel of marvels has its fans and detractors. Announced as having been started, stopped, started, and stopped over the years, spanning the two miles of deep water seems a tiny bit closer now.

Even with massive austerity measures facing Italy's taxpayers, some suggest the construction project alone might breathe some economic life into at lease Southern Italy, if not the whole country. But with a price tag of in the neighborhood of €8 billion some say, this majestic and ultimately useful bit of road may never see the light of day. Still, Sicily's marvels would be a lot more economical and successful with hard road beneath tourist wheels. Perhaps. And it is in this concept of "maybe" we leave you with this project. A final note here, sources say China Investment Corporation (CIC) is ready to go forward with financing the massive undertaking.