Homeowner confidence appears to be at its strongest in years, with 61 percent of U.S. adults stating their belief that home prices will increase in the next year. That's the biggest percentage since Gallup begun gathering data on these views in 2005. It's also substantially different from the bleak, post-recession days of 2008 to 2012, when less than a third of Americans believed home prices would rise. 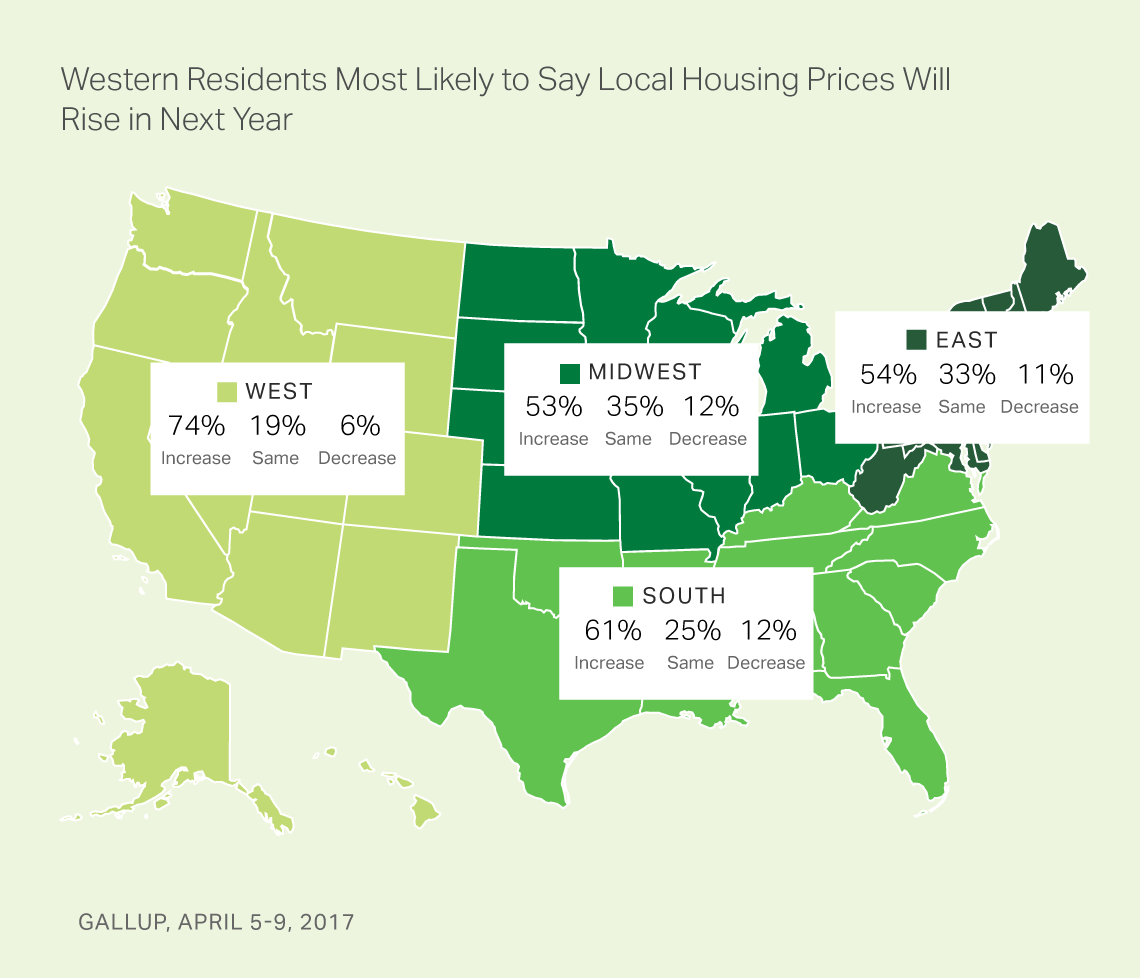 "While Americans' optimism is not yet back to where it was during the housing boom in the mid-2000s, it is now the closest it has been since the housing bubble burst in 2007," Gallup said.

The most optimistic residents are those living in the West. There, almost three quarters of residents say they expect house prices to rise in the next 12 months. This compares with just over half in the East and Midwest, Gallup's poll reveals.

One reason for this confidence is that mortgage rates are currently sitting below four percent, which may encourage consumers to buy quickly before the rates rise again.

U.S. residents expressed confidence in other areas of the housing market too. For example, some 67 percent of survey respondents agreed that now is a good time to buy a home. However this is actually lower than in 2012 to 2014, when over 70 percent of consumers said the same thing.

One interesting stat is that homeowners (74 percent) are more likely than renters (56 percent) to say now's a good time to buy a home. Gallup said that rising prices and a growing level of disinterest in becoming a homeowner were likely reasons for the decline in those who believe now is a good time to buy.

Even so, the good news is that most Americans still see real estate as one of their best investment options.

"These trends suggest that Americans' beliefs on this matter are influenced by the health of the housing market, but also by their philosophical beliefs about the benefits of homeownership," Gallup said. "To this end, more Americans choose real estate than other options when asked to name the best investment."