An 86-year-old Davenport, Fla., grandmother has become an Internet star after posing in some photos of her home for-sale. 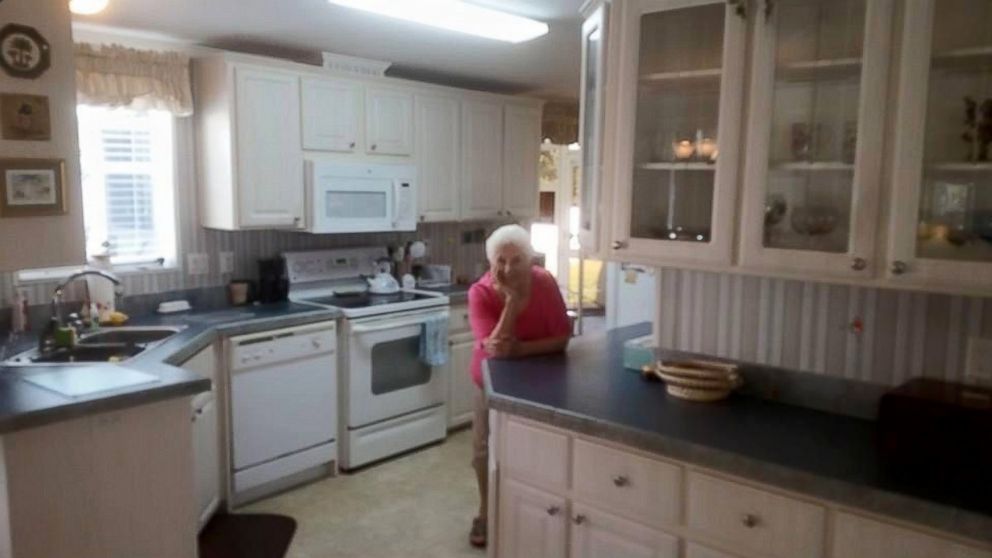 Yolie Ball's 15-year-old granddaughter shared photos on Twitter of her grandmother popping up in staged photographs of the mobile home – from casually sitting in a chair in the family room reading a book to peeking outside of a bedroom door to sipping coffee on the lanai. The photos have gone viral and have even captured international media attention.

Photo via @asapmakky on TwitterBall lives in the home with her husband, Don, and they have been trying to sell the mobile home to move to Tennessee. Their daughter, Sandra, was visiting recently from Massachusetts and decided to take photos of the home, and that’s when Ball admits things got silly.

"The first picture, the one where I have my head sticking out of the bedroom door, I was going to pull back and Sandra said, 'No, mom, stay right there,'" Ball told ABC News. "It went from there. She'd say 'Oh, lean on the counter,' or 'Go sit on the lanai.' It was just a joke. We're always doing silly stuff."

But it was Ball’s granddaughter, Mackenzie, who saw the photos and thought they were "hilarious" and decided to post them on Twitter. She posted the photos and wrote in all capital letters on Twitter:

"MY GRANDMA IS TRYING TO SELL HER HOUSE IN FLORIDA AND THESE ARE THE PICS I AM LAUGHING SO HARD."

Ball says her granddaughter soon after called her to say "'Grandma, I'm going to tell you something. I did something and I don't know if it's going to be good or bad.'"

So far, the post has been retweeted more than 26,000 times so far. Ball has been fielding calls from the media and even from the "Ellen DeGeneres Show". But she says she’s still waiting to get a call on an interested buyer from her home.

Still, "we’re getting a kick out of it," Ball told ABC News.