Air Canada recently announced a new service will begin to the city of Red Deer in Alberta. From 3 September this year there will be three daily flights departing to and from Red Deer to Calgary. This will not only provide a direct connection between Calgary and Red Deer, but will also establish immediate ticketed access to a number of other international hubs. These include the cities of Vancouver, Toronto, Halifax, Newark and Los Angeles. 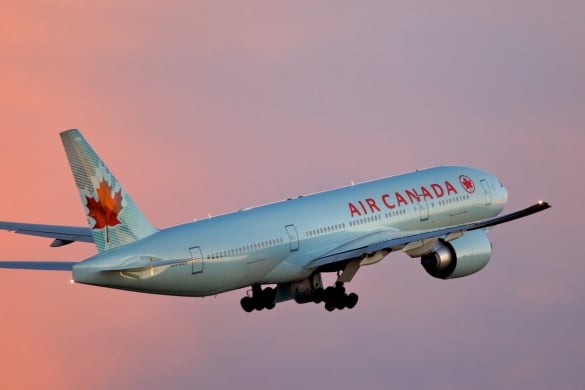 The reasons for this new edition are easy to see as Red Deer is the busiest regional airport in the entire province. When you take into account the centralization of the energy sector in the city, and the associated labor migration then these new flights make perfect sense. According to Red Deer Realtors of the Kevin Lapp Real Estate Team, acreage development in the region is on the rise, as is new home construction.

Kevin Lapp feels Air Canada's new flights will play a major part in attracting new households into Red Deer. Kevin Lapp is predicting that local real estate interest will increase, and has adjusted his marketing message to include the news of the new flights.

Lapp went on to comment, "We take this news as a big win for the entire city. Of course from a leisure travel angle it makes sense that the business community within Red Deer is also pretty happy. We receive many inquiries from households migrating to Central Alberta and they all consider transportation access and convenience to be of great importance. This inclusion of Red Deer into the international flight network has opened up unprecedented access to the economic capital of Canada. There is no question that local real estate professionals will see a positive impact and thus it makes sense to be among the first in our field to communicate this development to the public."

Kevin Lapp Real Estate Team is a group of real estate professionals who are able to cover every aspect of the process of buying or selling a home so clients can have complete confidence they are in the best of hands. They are equipped with industry-leading methods such as Guaranteed Sales Programs and Maximum Exposure Advertising initiatives and offer paralleled client services for anyone wishing to buy or sell a home in the Red Deer region.