Everyone says that they'd like to change the world and help make it a better place, but how many people actually make the effort to do so? 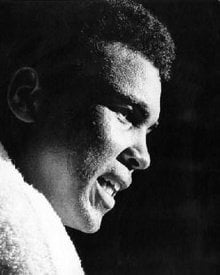 We've all read or heard about the selfless acts of others; like Mother Teresa who founded the Missionaries of Charity and spent 45 years of her life ministering to the poor, sick, orphaned, and dying in Kolkata’s slums. Most of us have heard tales of sacrifice too; such as the incredible story of the Mexican railroad engineer Jesús García Corona, who bravely drove a burning train loaded with dynamite away from the village of Nacozari de García, killing himself but saving the lives of everyone else.

Far too many people believe that they 'don't have it in themselves' to commit such selfless acts, or that the opportunity to play the hero simply never arises.  But we all know that in our heart of hearts, we're simply making excuses...

We can all do something to make a change, and it doesn’t have to be nearly as dramatic as the examples listed above. The story “I will be a Hummingbird”, as told by the late Nobel Peace Prize winner Wangari Maathai is a case in point.

It was because of Muhammad Ali that I am remembering this beautiful tale now. Seeing the recent report of his childhood home being listed sale, it struck me that while this has caught the attention of so many people desperate to grab something for themselves, here we have a man who is far more interested in giving something, doing something for others.

Along with his Generation Ali foundation, a global movement that works to inspire young people to make a positive contribution to society, the legendary boxer has just launched a new ‘social cause’ via Generation Ali and his Ali Center, a YouTube video contest that invites fans to display their creativity whilst promoting positive change in the world.

Fans are invited to enter the contest by submitting an original video that shows them creatively GIVING something back to a cause of their own choice, which could range from the fight against hunger and poverty, to helping the environment, education others, preventing violence or some other noble cause.

There are several creative categories in the contest, including art, multimedia, poetry, song, dance and acting, with the main prize being a trip for two to go see the Muhammad Ai Center in Louisville, Kentucky. The runner-up prize will be $1,000 donation to the social cause promoted by whoever finishes in second place, while bonus prizes will see winners given the opportunity to showcase their videos during the Louisville Day of Compassion at the Muhammad Ali Center on November 10.

Often times, all that's needed is a little motivation for people to do something to help others - we don't have to be famous to make a change, nor do we have to sacrifice our lives. Like the hummingbird in the story above, simply doing whatever you can is more than enough to make a difference.

One really excellent way to save a little piece of the world is to do so with really excellent people beside us. It is with a sense of great pride that we run this series of stories across the web about The Greatest, Muhammad Ali. I leave you with a quote from Ali himself, it say a lot about what belief does.

"It's the repetition of affirmations that leads to belief. And once that belief becomes a deep conviction, things begin to happen."

I urge you to begin on your path to giving greatness, join in the Generation Ali movement. Watch the video below wherein Ali's greatest boxing foes speak for him.

Author's note: Special thanks to my friend and colleague Mike Wheatley for contributing to this post. Thanks also the the Ali Center and Generation Ali for the use of the B&W of Muhammad.