An entire Nevada town, including airstrip and casino, goes on sale for just $8M

If you happen to have a spare $8 million lying around, perhaps we can interest you in this great deal: The town of Cal Nev Ari, located just 60 miles south of Las Vegas, encompassing 640 acres and home to around 350 residents, has just been listed at a greatly reduced price. 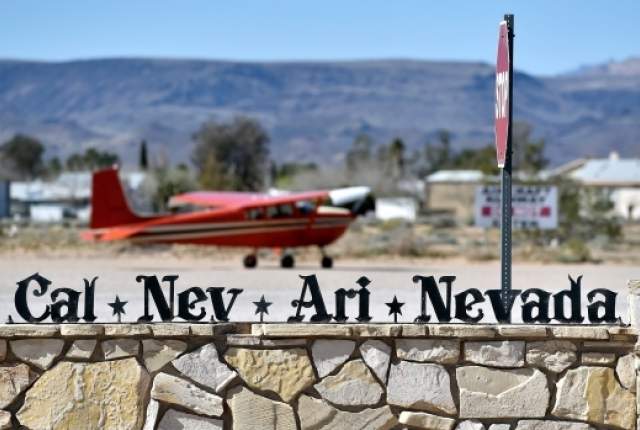 "It's a very large tract of contiguous land, which is rare in Nevada since the federal government owns 80 percent of land in the state," says Fred Marik, the listing agent.

Also included in the town is an abandoned airstrip that was once used by General George Patton during World War II. There's also a residential airpark complete with a dirt runway. Indeed, some of the town's homes even have their own mini aircraft hangars, which makes it possible for residents to quite literally “walk out of the living room, fly down the taxiway, and take off”, says Marik.

Nancy Kidwell, 78, is the founder of Cal Nev Ari and currently owns all of the town's businesses. As part of the conditions of any sale, she's insisting that the name of the airport – Kidwell Airport – and the town itself remain unchanged.

Kidwell first tried to sell the town in 2010, listing it for $17 million at the time. However, Kidwell pulled the town from the market when the recession hit, and it's only now that she's trying to sell it again at the greatly reduced price of $8 million.

According to Marik there's been quite a bit of interest in the town so far, with one prospective buyer said to be keen to turn the town into a “marijuana resort”, while another has said it would make for a perfect retirement community.