Android 7.0 Nougat Could Be Released This Friday

According to an article in CNET.com, Google could launch Android 7.0 Nougat as early as this Friday, August 5. Apparently this prediction is based on a tweet from a generally reliable leaker.

If the prediction proves to be correct, a launch in August would be early for a Google mobile operating system as in recent years they have been released in October or November. Even if it is released this Friday, it doesn’t necessarily mean that Android device users will be able to begin accessing Nougat straightaway. After a new version is released by Google, phone makers and wireless carriers have to first test it on every device before they can begin thinking about a rollout. This means that Android users often have to wait months to get the latest version. 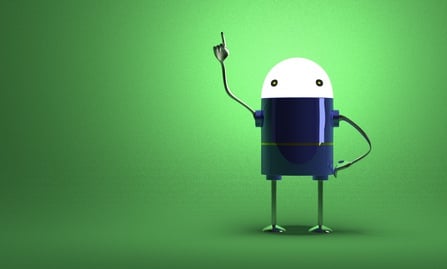 Usually Google will release the latest version to its own Nexus devices before the software is released by other mobile phone makers. It is also possible that some Android devices will not receive this upgrade, as according to the tweet that pointed towards an early release, Nexus 5 owners will not be able to use Nougat. At the moment the Nexus phone sold by Google are the 5X and the 6p, with the Nexus 6 still being available but not through Google.

One phone that may be able to utilize Android 7.0 sooner rather than later is LG’s V 20 which is due to launch in September, following LG’s V10 smart phone that was released last October. This could be the first Android device with Nougat as the V 20 will utilize certain key features of Android 7.0 which includes the Doze battery saver and support for Direct Reply to help people respond more quickly to text messages and other tasks using the notification panel. It will also support better gaming graphics.

At the moment Google isn’t sharing any details about the launch of new Nexus devices this fall and LG hasn’t yet responded to a request from CNET for a comment.