Whether you’re a new home buyer or simply dreaming of becoming a homeowner someday, you’ve probably thought about the way you’d like your home to look.

There seems to be something in all of us that leads us to want to make changes to our environment...but is the expression of that desire better left to women because we’re naturally “better” home decorators than men?

Before we go further, however, it’s important to note that there is a slight difference between a home designer and home decorator. 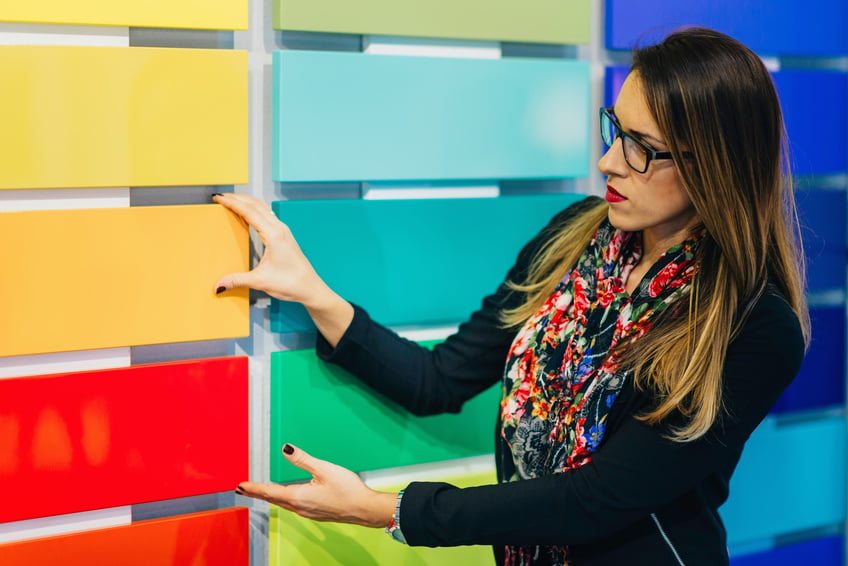 Licensed interior designer Brittany Lake gives us a great definition of the difference:

“Interior design is the art and science of understanding people’s behavior to create functional spaces within a building. Decoration is the furnishing or adorning of a space with fashionable or beautiful things. In short, interior designers may decorate, but decorators do not design. Interior designers apply creative and technical solutions within a structure that are functional, attractive and beneficial to the occupants’ quality of life and culture. Designs respond to and coordinate with the building shell and acknowledge the physical location and social context of the project.”

So now that we’ve covered definitions, let’s get back to the original question...are women really the best home decorators?

I admit, at face value, this is a silly question. What is “best”, anyway?

Well, in an attempt to quantify we have to make some assumptions.

First, if someone is making a living at doing something, then they’re obviously good at what they do, right?

Otherwise, they’d find a job doing something else…

So, then assuming this is true let’s see how many men are employed as interior designers and/or decorators.

According to the 2017 U.S. Department of Labor’s Labor Force Statistics, there are nearly a million working designers.

That’s not a small number of men working as home designers.

Granted, these statistics could include designer occupations outside of the realm of interior design, but this is still a big number.

“Interior designers make interior spaces functional, safe, and beautiful by determining space requirements and selecting decorative items, such as colors, lighting, and materials. They read blueprints and must be aware of building codes and inspection regulations, as well as universal accessibility standards”

So as you can see, even the U.S. Department of Labor insists that the selection of colors, lighting, materials, and decorative items lies within the realm of interior design.

In other words, those things that we commonly associate with home decorators are in line with what interior designers do as well.

So then yes...we’re talking about both home decorators and interior designers when we’re discussing these numbers.

Bottom line, the idea that women are automatically better at home decorating and designing probably stems from stereotypical ideas and attitudes about both women and men.

Stereotypes, however, are nothing to base an opinion on…

Ever heard of Frank Lloyd Weber?

While his personal life was...colorful...there’s no doubt his influence in the field of interior design and architecture is still felt to this day.

And then there’s John Saladino.

His style has been described as “a serene mix of classicism and modernism.” Known for interior design and furniture, John has a style that is immediately recognizable.

Using inspiration from both the old and new world, he designs comfortable and functional living spaces that are intended to create an emotional impact.

And then, of course, there are many women who are wonderful home designers and home decorators.

Frances Adler Elkins frequently shows up in top ten lists of home designers. Her style has been described as futuristic, yet she also loved to incorporate vintage elements into her designs.

The contemporary designer Laura Day puts great importance on the use of natural elements in her designs, to create a clean and comfortable space. Her style can be described as one of “easy” sophistication.

So what defines a good home decorator or designer?

A love of culture, an artistic flair and an ability to envision what isn’t apparent to the naked eye are all traits that interior designers possess to one extent or another...male or female.

Men are logical by nature

Generally speaking, men tend to be logical in their thinking and their processes. They’re both practical and spatial in their design of how a space can and should be used.

While women do have these skills, men typically excel at it - making them a perfect fit for the world of design.

Bottom line, someone's sex doesn't impact their ability to design well and/or to be the best home decorator.

The new reality is that both men and women have amazing skills at creating functional spaces that inspire us and help us make our house into a home.

In other words, judge each designer's skills by their style, not their gender.