Attitudes towards housing shift as markets begin to cool

Residential real estate markets have been overheating for some time, but the vast majority of Americans now believe their local housing markets are beginning to cool, according to a new survey by ValueInsured. 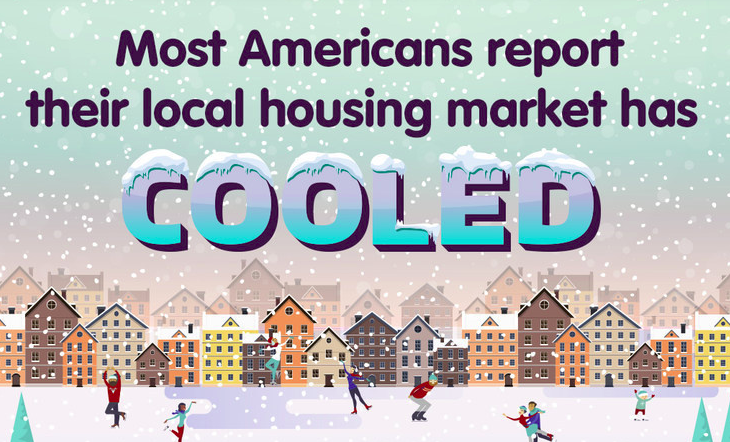 The survey found that 75 percent of respondents believe their local housing markets are starting to slow down, following five straight quarters during which most consumers said their markets were overheating. Homeowners living in California, Colorado and Texas were the most likely to say buying activity was cooling off, the report added.

The survey shows that there is some “concerning evidence” regarding the changing psychology of housing markets, said real estate economist Robert Shiller.

“We will be watching these numbers as they unfold over the future,” he added.

There were also some interesting sentiments about home prices, according to the survey. The results show that 72 percent of Americans, and 78 percent of those who live in urban areas, believe most homes remain unaffordable. The reasons for this include the activities of “flippers and speculative investors”, urban homeowners said. They also blame “wealthy transplants from more expensive markets” for price inflation in their local markets, which is now hitting unsustainable levels, the report adds.

What with this “changing psychology”, many homeowners and prospective buyers say they’re likely to wait it out and see how the housing market progresses before making any moves. Of the respondents who describe themselves as “interested home buyers”, 59 percent say they will wait for a “meaningful correction” before making any offers. Another 14 percent said they won’t even begin looking for a new home until homes become more affordable.

The good news is that any correction may happen sooner rather than later. Markets in several parts of the country are beginning to show signs of slowing down. The survey noted that Seattle has seen the fastest drop in home prices this year, while North Texas has also seen some of its biggest declines in the last seven years.