The U.S. federal government has ordered 16 of the largest lending institutions to pay back those customers who did not get proper foreclosures.  Among those on the list are Citibank, JPMorgan Chase, Bank of America, and Wells Fargo, the four largest banks in America. 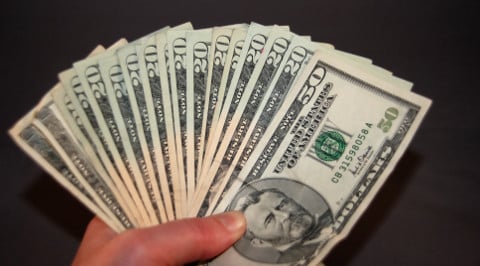 This is the governments latest jab at mortgage lenders designed to bring about retribution for their past sins, but like the others, it is by no means a knockout punch.  The joint report issued by the Federal Reserve, Office of the Comptroller of the Currency, and Office of Thrift Supervision, indicated that the three regulators would review the foreclosure audits and would levy fines in the future.

The lenders have 45 days to hire an auditor and reimburse the borrowers for any errors or other missteps during the foreclosure process.  The report did not specify a minimum or maximum amount to be reimbursed.

As with many of the other perceived wrist slaps on financial institutions, House Democrats were not at all impressed with the "lenient" order, and they would prefer lenders be forced to go through more steps before they can even start the foreclosure process.  Their new legislation will address that concern.

Since 2007, lenders have foreclosed on approximately 5 million homes, and lenders like Ally Financial (formerly GMAC) said they did not find any customers going through foreclosure who were not in “serious default” of their loans.  To that end, this latest order may be little more than a small bandage on a very large wound in the housing market.

One comment on “Banks Ordered to Reimbursh Wrongly Foreclosed Homeowners”