What comes to mind when you think of Salt Lake City, Utah? If you said whales, then you are obviously a trivia buff. In 1875, Salt Lake City resident James Wickham figured he’d have a money maker when he paid to have two 35 foot Australian whales shipped to the Great Salt Lake. 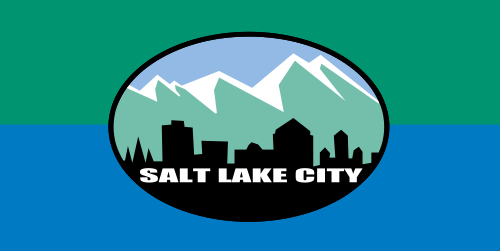 They arrived by boat to San Francisco and then by rail to Salt Lake City, where Wickham released them into the briny depths of the lake. Problem is - they disappeared! Scientists maintain it is unlikely the whales survived the lake’s high salt levels, however some witnesses claimed to have seen them just the same.

The Salt Lake City real estate market, unlike the whales, is still splashing around, trying to absorb REO sales, which are contributing to the soft market conditions. With distressed housing sales of more than 10% in a number of price ranges, this is to be expected.

The upside of falling prices is that homes are becoming more affordable, and as we’ve seen in the news of late, banks are starting to lend again. This means that buyers will play a big part in improving market conditions in the Salt Lake City area, and until the supply tightens up, they will certainly have a lot of properties to choose from.

According to Trulia.com, from December of 2011 through February of 2012, the median sales price for homes in Salt Lake based upon 75 sales were at $122,085 - a decrease of 11.2% from the year prior. Sales decreased by an unhappy 66.5%, however that number grows considerably better when viewed over a longer period of time, as the last 5 years, have shown an increase in sales prices of about 9.6%.

Trulia also reports that for the week ending February 29, 2012 there were 1,297 resale and new homes with nearly as many (1,142) in various stages of foreclosure during the same time.

Neighborhoods that are doing well in Salt Lake City include Sugar House and Greater Avenues, possessing listing prices, on average, of $290,054 and $701,149, respectively.

Optimism plays a great part in the recovery of an area, and it is promising that a fair number of Americans (70%) believe that now is the perfect time to buy a home. Sellers obviously are seeking to get the maximum for their property (and in some cases at least what they owe), therefore it’s not surprising that the percentage who believe it’s a good time to sell (13%) is so much less. Put into perspective, however, this number is higher than it was in previous polls, which is certainly a good sign in the markets.

Salt Lake City, as I’m sure many are aware, is also the birthplace of Mormonism, so maybe this is why producers chose this area to film many episodes of the popular TV series “Touched by an Angel”. Now could be the perfect time to watch for positive signs in the SLC market which would suggest the “Crossroads of the West” has its own guardian angel!

Have world real estate news to share?If you do and would like to interview, feel free to contact Anita at [email protected].