This holiday season a lot of people are keeping things close to home where gift buying is concerned. Tough economic times sometime mean feathering one's own nest, so what's wrong with shopping for great gadget deals aimed at improving your house's livability, coolness, and enjoyment? Here's some bargains, coolness, and just plain holiday deals for the homeowner. Buying for your home, no matter the price, is actually saving.

Didn't I just say; "feathering one's own nest" is smart for 2012 holiday buying? As chance would have it the Nest Thermostat is one of the coolest and most home efficiency oriented new gadgets on the market. At right around $250 bucks, this home thermostat actually learns user behavior and adjust your house's temperature accordingly. Talk about an "easy button" for total home comfort!

Designed by the same genius who invented Apple's iPod, the cool (or hot) gadget comes in a variety of colors, and is designed to blend in with any decor. Energy saving at its heart, the thing also senses your presence and if you are not around? You guessed it, it saves energy by adjusting for your absence. For a self gift, or even something under a friend's Christmas tree, this is a super idea. As for Black Friday deals on this one, we are talking cutting edge here, the price is a steal already. The video below tells more.

I cannot speak for every homeowner out there, but there are a few gadgets that just make "home sweet home" even more sweet. A killer coffee machine is simply one of these. With a million makes and models to choose from, about the only recommendation I can make to you is; "make double sure you get a quality one" - it'll actually save you money. That said, these machines cannot be considered cheap, not by any stretch. Wonder machines like the Jura-Capresso, expresso maker go for upwards of $2,000 dollars, and they're worth it. If you are on a budget, the Krups XP4600 Espresso Machine, Silver Art is on sale for Black Friday at Macy's online, down from $429.99 to $299.99 for two days.

I love my iPad. There, I said it. Besides making me look really cool here in our village in Germany, the thing just does a lot of cool and playful things. And too, some useful and practical ones Now for Christmas I may well tell Santa our home needs the Belkin Fridge Mount for the device. You read that correctly. The world's biggest tech accessory company, now makes what amounts to a calendar/recipe/shopping list/family information hub out of your fridge front. 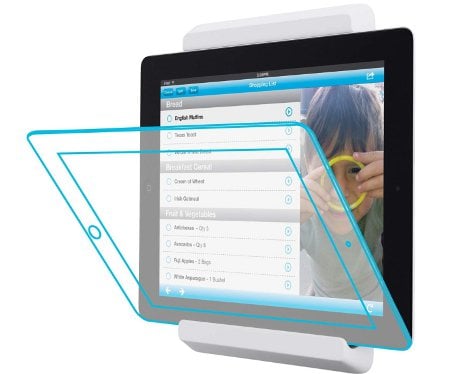 It's actually a quite brilliant idea - that is for people who can afford several hundred dollars worth of tablet transformed into a fridge magnet. Unfortunately, the $39.99 device is sold out on the Belkin site, but you can find them at Best Buy and Amazon, even the Apple stores in Australia, the UK, and others, bust strangely not the US.

Our household makes rather extensive use of Apple TV, let's face it, the greatest invention since the TV itself - but it gets expensive if somebody doesn't monitor things. There are times when I would just like to stream video from my PC without Apple stores and such in the loop. That's where Roku 2 comes in. This little $59 dollar box makes streaming video to your set drop dead simple.

The tiny little box hooks into your home's WiFi network thereby allowing both free and subscription media to flow to any set in your house. Just how come every TV manufacturer has not integrated this into their sets, is a mystery to me actually. Netflix to Hulu, anything you can see with your PC, Roku streams it for you. 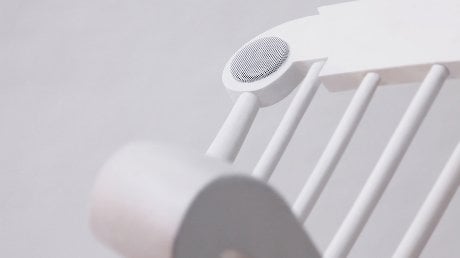 Everybody loves technology these days. Gadgets come and go like so many floating pieces of debris washing down the river of our consciouness, and our buying habits too. Excuse the metaphor please, but it's true. So seldom do we acquire things that are what I would call "really cool", let along really practical "keepers" - well, the iRock has a shot at being a "keeper". 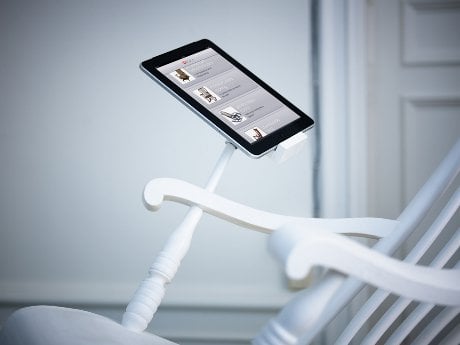 The world's first, and probably only so far, power generating iPad rocking chair is just what Santa needs to bring that Mom or Dad show has everything. That goes for the Mom and Dad that spend a lot of time - A: on their iPad - B: rocking on the porch - C: both. Handcrafted, in 5 different colors, the iRock is a super high quality affair developed by Micasa in Switzerland. This is no ordinary pulley driven electrical generator, while it does use the rocking action to power your iPad, it also serves as a high fidelity "rocking experience" for the person rocking.

Made exquisitely of Swedish pine, this combination iPad docking station, slash high tech comfort rocker is really the "cat's meow" as you can see from the photos. Check out the website for just how this comfy chair was developed. BTW, you won't find this one at Best Buy, but you can get one from the craftsmen who make it for just $1300 bucks. Boy, if I could get 40% off I'd be rocking tomorrow. Check out the Micasa Lab on Facebook too.

Warning: foreach() argument must be of type array|object, null given in /nas/content/live/realtybiznews/wp-content/plugins/performance-lab/modules/images/webp-uploads/load.php on line 594