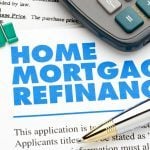 New data from Black Knight shows that more homeowners took advantage of current low mortgage rates over the last year to refinance and save money. However, it said there are around 5.9 million homeowners who’re yet to do so.

Black Knight defines a refinance candidate as any 30-year fixed-rate mortgage holder with a maximum 80% loan-to-value ratio, a credit score of 720 or more and a likelihood of reducing their current first lien by at least 0.75%.

The opportunity to save money may be dwindling however, as the average 30-year fixed-rate mortgage has risen by almost 50 basis points since the turn of the year.

Nonetheless, Black Knight says many of those 5.9 million borrowers could still realize savings of at least $275 a month. Moreover, one million of them could save as much as $400 per month, while 661,000 could trum $500 or more from their monthly mortgage repayment.

Other borrowers may have missed the opportunity to save by not refinancing when mortgage rates were below 3%. The number of refinance candidates has dropped significantly from about 11 million at the start of the year and is down by about 20 million in late 2020.

Mortgage applications to refinance a home are down by half from a year ago, the Mortgage Bankers Association reports. Nearly 18 million homeowners have refinanced over the last two years.

While many homeowners over the last two years have taken advantage to lower their mortgage payments, they’ve also quickly accumulated equity, in record amounts. A sharp increase in home prices has meant that, in the last year, homeowners have gained an average of $50,200 in equity, according to data from the National Association of Realtors.

While borrowers may feel they’re being continually encouraged to refinance, they should nevertheless consider the potential drawbacks of doing so.

One of the most obvious is that the long-term savings on refinancing may be very little or nonexistent. While refinancing into a mortgage with a lower interest rate can save homeowners money each month, they should look closely at the overall cost of the home refinance loan. For instance, if someone has 10 years left to pay on their current loan and they choose to stretch out those payments under a new 30-year loan, they will likely end up paying more in interest overall to borrow the money and be stuck with 20 extra years of mortgage payments.