Real Estate Marketing & Beyond
Home » Housing » US Real Estate » Real Estate » Mortgage » Buyers are coming up with bigger down payments than ever before
Double-click to edit button text.
X

Buyers are coming up with bigger down payments than ever before

As would-be buyers struggle to compete against each other due to a tigher-than-ever supply of available homes to buy, some are upping the ante by putting down larger down payments than ever before. 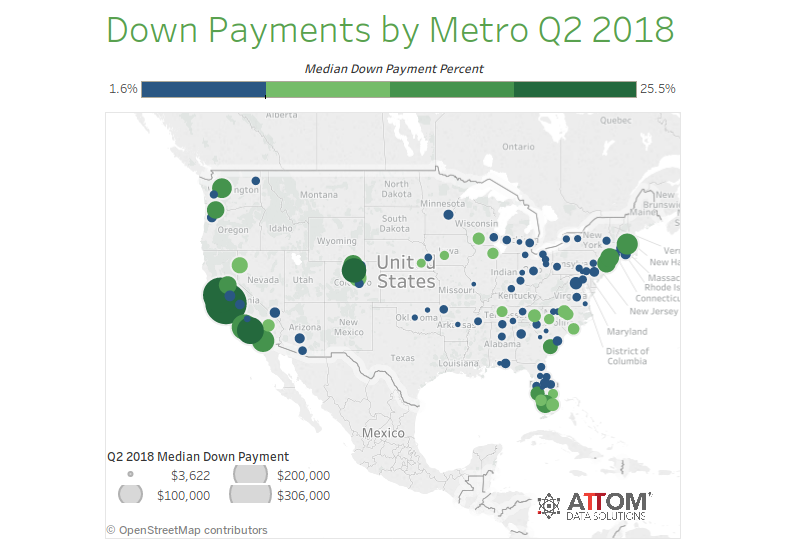 In the second quarter of this year, the average down payment rose to a median of $19,900, which is a new record high according to ATTOM Data Solutions, which has tracked the numbers since the first quarter of 2000.

The $19,000 average down payment size is up 19 percent from the $16,750 median recorded in the first quarter, ATTOM Data Solutions said.

The median down payment represents 7.6 percent of the median sales price of U.S. homes purchased with finance during Q2. That percentage is also at a 15 year high.

“Buyers are upping the ante when it comes to down payments, evidenced by the record-high median down payment for homes purchased in the quarter, and an increasing number of buyers are getting help from co-buyers,” Daren Blomquist, senior vice president at ATTOM Data Solutions, said in a statement.

The analyst firm also said the number of home loans with co-buyers, which refers to multiple non-married buyers purchasing the same property, is also growing.

Down payments on co-buyer loans averaged in at 16.3 percent of the purchase price, which is more than double the percentage of traditional buyers. The average down payment with a co-buyer is 51 percent higher than loans without co-buyers at $63,117 versus $41,749.