Buyers Willing to Pay a Premium for Solar Homes

A new study which was carried out by a team of researchers led by the US Department of Energy’s Berkeley Laboratory found that buyers are willing to pay a premium for properties with solar photovoltaic energy systems.

The research was called Selling into the Sun: Price Premium Analysis of a Multi-State Dataset of Solar Homes, and according to the article on the National Association of Home Builders website, it found a price premium of around four dollars per watt of solar photovoltaic energy systems installed. This means for an average home there would be a price premium of approximately $15,000. 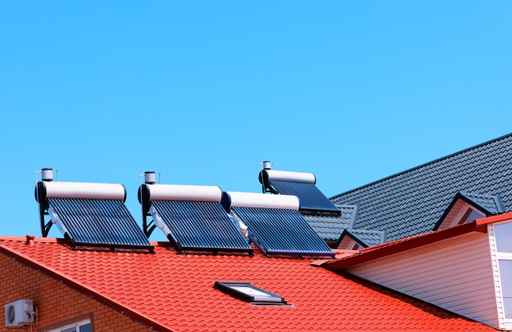 At the moment solar photovoltaic systems are pretty rare as the study found just over half a million of homes had this type of energy system installed by last year. The research paper looked at the data on 22,000 home sales across eight states, and nearly 4,000 had a solar photovoltaic system. The authors of the paper used hedonic regression pricing models to estimate values for particular home features while taking into account home characteristics and various factors in the neighborhood.

It’s thought the difference between these two figures is due to the section 25D power production tax credit. This enables homebuyers and homeowners to claim a 30% tax credit for solar systems installed in new and existing properties. The fact that the tax credit is claimed by the homeowner rather than the builder means it’s estimated to be worth an average of approximately $1.26 per watt.

The price premium declines substantially as these solar photovoltaic energy systems begin to age. A new system can mean a premium of $5.90 per watt whereas a system aged between six and 14 years old would have a premium averaging $2.60 per watt.

When it comes to the size of the system, anything up to 10 kW tends to add value to a home but above at this wattage the premiums appear to flatten out. This latest study does indicate that energy efficient home features are an important concern for prospective homebuyers. An additional survey carried out by the NAHB found that an increasing number of builders are choosing to install solar energy in new homes.