Buying Is More Affordable Than Renting In Most Cities

Buying is still more affordable than renting in the majority of U.S. housing markets, according to a new analysis. A study conducted by RealtyTrac factored in 2015 fair market rental data recently released by the U.S. Department for Housing and Urban Development for three-bedroom properties in 543 counties nationwide with populations of at least 100,000. Buying a median-priced home was found to be more affordable than renting a three-bedroom property in 68 percent of the counties tracked. 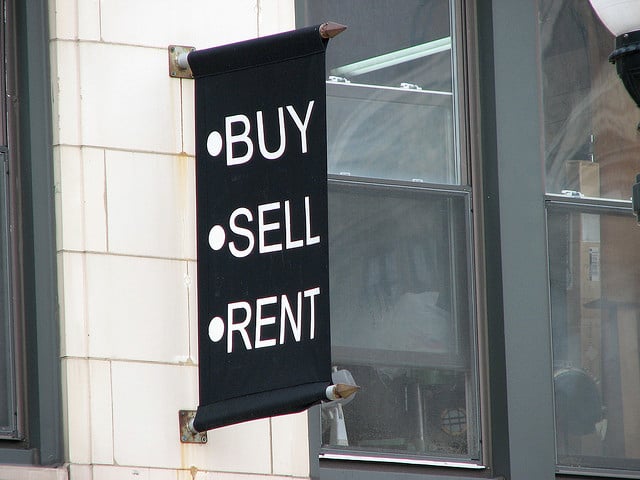 The top counties with the biggest increases in fair market rents on three-bedroom properties were in Williamsport, Pa.; Elizabethtown, Ky.; and Midland, Texas, which saw a 24 percent or more surge in fair market rents compared to 2014. Williamsport and Midland are both experiencing booms in their oil industries, and Elizabethtown is home to the Fort Knox U.S. Army post, the study notes. Other markets seeing soaring rents include counties around Denver; Asheville, N.C.; Chicago; and Santa Barbara, Calif.

The study showed that in 25 of the counties with the biggest increases in the millennial population (for this study, those born between 1977 and 1992) – housing costs were among some of the highest. Between 2007 and 2013, fair market rents for a three-bedroom property in popular millennial markets will require 30 percent of the median household income, on average. Buying a median-priced home on the other hand, will only require 36 percent of median household income, on average.

The top markets with the largest increases in percentages of Millennials – all of which saw a spike of more than 50 percent over the last seven years — were in counties located around Washington, D.C., San Francisco, and Denver. Other counties attracting a large majority of Millennials are located in New York City, Nashville, and Seattle, among others.

“First-time buyers and potential boomerang home buyers are stuck between a rock and a hard place in today’s housing market: Many of the markets with the jobs and amenities they want have hard-to-afford rents and even harder-to-afford home prices; while the more affordable markets have fewer well-paying jobs and tend to be off the beaten path,” says Daren Blomquist, vice president at RealtyTrac, in an interview with the RIS Media. “Those emerging markets with the combination of good jobs, good affordability, and a growing population of new renters and potential first-time home buyers represent the best opportunities for buy-and-hold real estate investors to buy low and benefit from rising rents in the years to come.”

Millennials are expected to drive two-thirds of household formations over the next five years, according to realtor.com's report. The forecasted addition of 2.5 million jobs next year, as well as an increase in household formation, are the two factors that realtor.com® points to in driving more first-time home buyers to the housing market.