The real numbers for home selling potential can boil down to just how many people can actually afford to buy in a given region. With this in mind, C.A.R.'s HAI showed that late last year the percentage of potential home buyers who might buy existing single family homes at median price levels had dropped to something on the order of 48%. Earlier in 2012, this figure was as high as 55% (Q4 2011).

C.A.R. provides these figures not only on the state level, but also   indices for regions and select counties within the California.  This index is also considered the most crucial measure of the health and well being of the state's residential real estate situation. Extrapolating the figures, the HAI shows that potential buyers need to earn, at a minimum, $66,940 just to qualify for the purchase of a $353,190 median-priced California home (Stetewide). Such a home carries a monthly payment of $1,670, and this is assuming there is a 20 percent down payment. 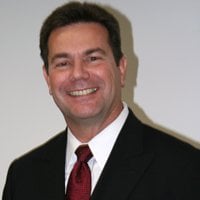 With these numbers, San Bernadino and King counties were the most affordable California counties, with San Francisco being the most difficult entry point. However, with the January slowdown in effect, C.A.R.'s figures on the new year housing sales and price situation tells of median prices falling, which is sure to bring affordability more in line with previous results. Still, news of a slowed market does not fully compensate for an upscale situation. C.A.R. President Don Faught (at left) told Recordnet.com:

"The extreme shortage of homes for sale continues to hinder California's housing market, as demonstrated by the nearly two months' supply drop compared with last year."

It seems clear the continued shrinkage of available homes for sale statewide will further constrict affordability as prices are driven up past 2012's threshold. With sales percentages up for less than median priced homes in the state, one can expect even greater shortages of homes priced under $200,000 also. Meanwhile, controversy over interest rates and the economy, and the potential for the worst securities return the FED ever reported, many other factors play on just how people in America will ever achieve the so called American Dream.

It remains to be seen just how stable low interest rates will be, even in the short term, and the construction job situation in California is closely tied to these affordability/supply figures as well. In the end, a housing recovery is needed to fuel a housing recovery. One interesting tidbit we found comes from the California State Controller's Office. Looking at Controller John Chiang's interactive government employee wages maps here (image above) most California State employees do not appear to fit into C.A.R.'s HAI. We'll have a look at correlating state wages nationwide with economic stability/trends as well.

For more information on C.A.R.'s research please visit their website or the original release here.