The city of Richmond in California is ready to take new steps against foreclosures. It will begin to work with the investment firms controlling underwater mortgages and will try to purchase these mortgages at a price that is less than the current balance, before getting the loans restructured to ensure they are affordable. 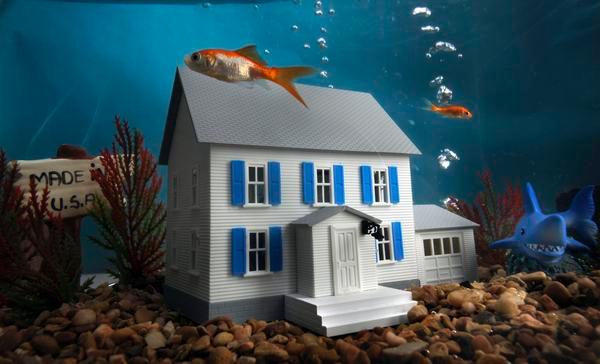 These loans are mainly held by investors, and if they refuse to sell to the city by August 14, then it will invoke eminent domain and will seize the mortgages to begin the process of making them more affordable. Eminent domain is a legal action that allows governmental bodies to purchase structures or land and is usually used to force reluctant owners to sell. It's not usually used for mortgages, as eminent domain is generally invoked for utilities, roads or parks. The city is arguing that using this legal principle is in the interest of the public as it would enable people to stay in their homes and would keep the neighborhoods together.

The idea, which is documented in an article by CNN Money, might seem controversial but Richmond has been badly affected by the housing market collapse. In early 2006 the median home price was $460,000 whereas today it is just $206,000. Anyone who purchased a home at the top of the market may still owe twice the value of the property. The city's plan has been put forward by a private backer, Mortgage Resolution Partners. They have agreed to find the money needed to buy the mortgages and will profit once the mortgages are refinanced.

The idea is nothing new, as it's already been considered but rejected by other cities including San Bernardino and Chicago. The city's efforts to purchase these mortgages are likely to be met with resistance from the investors holding the mortgages that would lose out financially. Another problem is that banks may think twice about lending to homeowners in Richmond in the future. However homeowners in Richmond who are currently struggling with an underwater mortgage might take a slightly different view, and may prefer to receive help in the here and now.