Can Starbucks Really Forecast Where Home Prices Will Rise?

Yes, according to a recent analysis by a media company as apparently a new Starbucks in the area could help indicate where home prices will soon rise. In addition, it’s being claimed that Starbucks is actually fueling these home price rises rather than merely following higher property values.

Quartz, a digital business publication compared data from Zillow with a database of Starbucks locations and analyzed home values within a quarter of a mile of these coffee shops compared to property slightly further away. It looked at the property prices in these areas over a five-year period since a new Starbucks opened. This analysis found something quite interesting as those properties closest to Starbucks rose in value by just over 21% over the five-year period while those slightly further away registered price increases of slightly less than 17%. 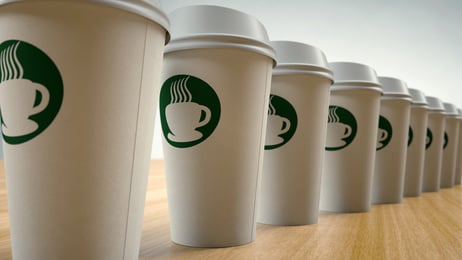 Quartz does realize that the potentially predictive value of being near to a particular retail chain doesn’t necessarily mean much, as for example property near Starbucks often tends to be slightly more expensive from the start. The article in Realtor Mag does point out that maybe these retail chains are waiting for property values to begin heating up in a particular neighborhood before they open a new location but there is nothing to say that Starbucks might not be the cause of higher home values.

Overall, the study by Quartz suggests that generally property prices near to Starbucks tend to increase at a higher rate than housing in the US and homes in these areas are recovering more quickly from the recent housing crisis. Apparently Starbucks has a team of about 20 analytic experts who work around the world looking at geographic information systems and data to assess local businesses and traffic patterns in an area where they are thinking about opening up a new location. Their success in opening up coffee shops in good locations is attributed partly to art and partly to science.

Love it or loathe it, Starbucks is now a $15 billion company with locations in more than 60 countries so you have to respect for their ability for opening up new shops in the right location.