Real estate in Canada is already expensive in property hotspots like Vancouver and Toronto, but it’s thought there could be an increase in foreign investment this year. Over the last six months the loonie has fallen about 10% against the US dollar and this is likely to increase interest from foreigners.

While some major markets may see increased demand, this is unlikely to be the case in Alberta which is facing weak demand combined with new listings due to concerns over oil prices. In contrast, prices in January were up by 7.5% in Vancouver and 6.1% in Toronto compared to a year earlier, according to figures from the Canadian Real Estate Association. In addition, the Chinese economy has begun to slightly slow down and when combined with the depreciation of the Canadian dollar could lead to an increase in foreigners choosing to buy property in Canada. 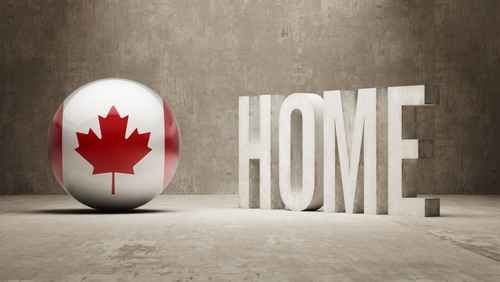 Vancouver in particular is already highly popular with the Chinese, and recent data from the Canadian Real Estate Investment Center shows that a third of all single family home sales could be traced back to buyers from mainland China. There are concerns from real estate experts that prices could become overinflated due to foreign investors but of until recently there was no real data showing how this investment is affecting the local markets. Just two months ago the Crown corporation produced data on the condominium market in Toronto and Vancouver, showing 2.4% of condominiums in Toronto were owned by foreigners while in Vancouver this figure was even lower at 2.3%. However some people don’t agree with these findings.

Now that the Chinese New Year is well and truly over, experts expect investment to pick up. The article in the Financial Post points out that some experts don’t believe that foreign investment has been a huge factor in Canadian housing, but the recent devaluation against the US dollar could prove them different. In contrast the price of US real estate has just increased by 10% for Canadian buyers looking to buy property south of the border. In addition, interest has been boosted by low interest rates even though foreign investors tend to put down larger deposits when borrowing to buy a home.

The numbers of new condo sales in the greater Toronto area increased by 50% in 2014 compared to a year earlier, but experts are unable to pinpoint how much of this increase is due to foreign investors but nobody will be surprised to see an increase in overseas buyers this year.